V2H, a Danish company, owned Community trade mark (CTM) registrations for the sign V2 and variations of it for goods mainly in Classes 5 and 34. V2H; its subsidiary V2Tobacco had been using this trade mark for tobacco products (snuff and chewing tobacco) since 2006. VMR, an American company, made and sold e-cigarettes under the trade mark V2Cigs or simply V2. 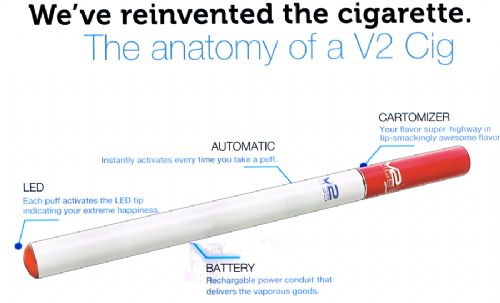 On 2 August 2013 VMR filed objections at OHIM regarding V2H’s CTM registrations and sought their cancellation. Thereafter, on 21 October 2013, V2H applied to the Danish Maritime and Commercial Court for an EU-wide injunction against VMR; on 26 November 2013 V2H instituted proceedings on the merits against VMR.

In the action on the merits, the defendant VMR sought a stay in the proceedings according to the Trade Mark Directive, Article 104. V2H object that there were special grounds why a stay should not be granted: for example, that VMR’s challenges to the registration of its CTM were unfounded and that, considering that a decision in the OHIM system might not be available for six or seven years – or even longer.

The Court granted a stay in the proceedings in accordance with Article 104. There was a presumption that a stay must be granted unless there are special reasons not to stay, but the fact that the request for cancellation before OHIM was made after the conflict arose was not a special ground; nor were the facts that a decision in the OHIM system might take several years or the fact that VMR had the opportunity to present identical objections before the Danish court. Finally, it could not be said that VMR’s objections to the validity of V2H’s Community trade mark were unfounded.

In the application for an injunction, things went rather differently.  The Court found that there was no reason to stay the proceedings in accordance with Article 104. V2H had shown that it was probable that VMR was infringing its rights in the trade mark V2 and that the goods were similar. The court therefore granted injunctive relief for the entire EU against VMR’s marketing of the e-cigarettes and against some of VMR’s domain names containing the words V2. The injunction was conditional on a bank guarantee for 2,500,000 DKK. VMR was ordered to pay 60,000 DKK in costs to V2H.

The decision on injunctive relief is pending an appeal, and V2H has sought leave under the Danish Procedural Law to appeal against the decision to stay the case on the merits.

This case is a good example on the one hand of the effectiveness of the EU-wide injunction and, on the other hand, of the tactics that should be considered on both sides when an allegation of infringement is raised.

Source: V2H ApS v VMR Products LLC (Cases V-80-13 and E-1-13, decisions of the Maritime and Commercial Court 6/11 2014 and 26/11 2014). This note has been prepared by our good friend and MARQUES stalwart Hanne Weywardt, whose firm MAQS has just this morning changed its name to Njord (click here for the reasoning behind the rebrand)

Sharing on Social Media? Use the link below...
Perm-A-Link: https://www.marques.org/blogs/class46?XID=BHA3967