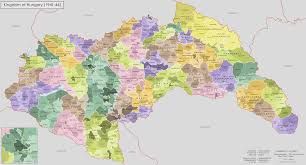 The case covered several issues, but the claimant's key argument was that the defendant applied for an MA for an over-the-counter painkiller and anti-inflammatory drug, which the Hungarian pharmaceutical regulator granted. The claimant argued that, based on this MA, the defendant had sole discretion to launch the product, while the claimant has no legal instruments to gather evidence on further preparatory actions just on the launch of the product, which is to be considered as infringement rather than a threat. The claimant cited Article 27(2)(b) of the Hungarian Trade Mark Act, which implemented Article 9(1)(a) of the IP Enforcement Directive, according to which a trade mark owner can ask the court to issue an injunction to prevent any imminent infringement of an intellectual property right.

The defendant asserted inter alia that an MA is just an administrative requirement for an eventual future launch, but does not mean that the launch will necessarily occur in the near future as an MA is valid for five years and can also be extended. Therefore, according to the defendant, there was no imminent threat of launch. The defendant further referred to previous decisions in patent infringement cases in which the court found that holding an MA alone did not constitute an imminent threat of patent infringement.

The claimant applied for a preliminary injunction (PI) before commencing the main action, but the Metropolitan Court, which has exclusive jurisdiction in relation to first instance trade mark matters in Hungary, rejected to grant the PI. In its decision the Metropolitan Court agreed with the defendant and accepted that holding an MA alone cannot be considered as an imminent threat of infringement.

This is a ground-breaking decision for another reason too. For several years, Hungarian courts had dismissed trade mark infringement actions where the defendant had its own identical or similar trade mark. Trade mark owners thus had to file a cancelation action against the later trade mark before launching an infringement suit. As there is bifurcation in Hungary, this meant that it took several years to obtain a final ruling on the cancellation, during which the trade mark owner was unable to proceed against the infringement. However, in this matter the Metropolitan Court decided to ignore previous Hungarian case law and applied the approach of the Court of Justice of the European Union (CJEU) in FCI (C-561/11), i.e. that there is no need to first obtain a declaration of invalidity in relation to a later identical or similar national trade mark before bringing an infringement action as the exclusive right of a trade mark proprietor to prohibit third parties from using an identical or confusingly similar sign in the course of trade extends to circumstances where the defendant has its own later registered identical or similar national trade mark. This provisional injunction decision and the likely consequences were reported on 6 August 2013 on the MARQUES Class 46 blog here.

In the main infringement action the claimant relied on the same factual background and legal provisions and argued inter alia that after obtaining the MA, the defendant has sole discretion to launch the product, and the claimant cannot gather any evidence before an actual launch. The Metropolitan Court accepted these arguments and ruled that, contrary to the PI decision, there is an imminent threat of trade mark infringement, prohibiting the use of the designation in question. Said the court, there is no intermediate action or step between obtaining an MA and an actual launch which would precede the actual sale of the defendant's product and could also be discovered by the claimant.

No infringement on second instance

The Metropolitan Appeal Court, acting as a second instance court, reversed the first instance ruling and rejected the claimant's request. The court agreed that it is relevant that Article 27(2)(b) of the Trade Mark Act contains the stipulation 'imminent': the existence of an MA cannot be considered as an imminent threat of infringement as it does not mean the threat of necessarily launching the defendant's product in question. According to the appeal court, only the actual use of the MA, i.e. any further steps towards a launch, can be considered as imminent threat of infringement. This also means that the appeal court disagreed with the lower court's approach, according to which an actual launch was solely at the defendant's discretion, and this triggered threat of infringement even if launch could have only occurred in the distant future.

The second instance ruling is final and enforceable. While there is an option to file an extraordinary appeal with the Curia it is rather unlikely that this will be happen, or this will be successful, as the Curia can overrule the final ruling only if it is contrary to the law.

The final ruling confirming that the mere existence of an MA cannot be considered an imminent threat of trade mark infringement is in line with previous case law in patent matters. Backed by this decision, generic pharmaceutical companies now have confirmation from both the trade mark and patent law perspective that holding an MA alone will not be considered as an imminent threat of infringement in Hungary.

Sharing on Social Media? Use the link below...
Perm-A-Link: https://www.marques.org/blogs/class46?XID=BHA3935