A third party application (no.2013/40967) was filed in Turkey to register the denomination BENFICA as a word trade mark in May of last year. The application targeted goods in Class 25 as well as services in Class 35 (including the retail service of selling goods in Classes 18, 24, 25 and 26). The application was published in the official bulletin in January of this year for a period of three months for opposition purposes.

The opponent, Sport Lisboa E Benfica, opposed this application before the Turkish Patent Institute on the basis of genuine right ownership arising from its own use of  the “BENFICA” trade mark prior to the protection date of the disputed trade mark, the notoriety, trade name and the bad faith of the applicant. 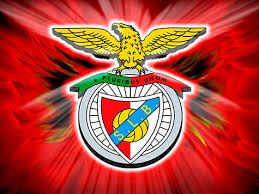 Sport Lisboa E Benfica asserted that was founded in 1904 in Lisbon, Portugal, and had many achievements, being (at 110 years old) one of the oldest sports club in Portugal. The Benfica football team had won the Portuguese league championship more than 30 times, the European Champions League Cup twice and UEFA Cup once. SL Benfica was also active in many branches of sports besides football, such as basketball, handball, hockey, volleyball, athletics, judo, rugby and tennis. The opponent further asserted that the BENFICA trade mark was registered both in its home country and many jurisdictions such as Spain, Germany, France, Italy, Benelux, for goods and services in various classes.

The claims regarding the worldwide use and notoriety of BENFICA were supported with much evidence, including the history and achievements of the opponent party, related parts of Deloitte's “Captains of Industry Football Money League” report with regard to the commercial success of the club, trade mark registration certificates, a document showing that the opponent was one of the three largest teams in Portugal, and a document showing that the opponent was recorded in the Guinness Book of World Records for the number of members and some visuals of their website.

“Upon opposition by the proprietor of a non-registered trade mark or of another sign used in the course of trade, the trade mark applied for shall not be registered provided that; (a) the rights to the sign were acquired prior to the date of filing of the application for registration of the trade mark, or prior to the date of priority claimed for the application for registration, (b) the sign confers on its proprietor the right to prohibit the use of a subsequent trade mark”

Further, according to Article 8/5,

“Upon opposition by the holder of the relevant right, the trade mark applied for shall not be registered if it contains the personal name, photograph, copyright, or any industrial property rights of third parties".

Article 35 of Decree Law no.556 specifies that

Consequently the Turkish Patent Institute accepted the opposition ruling that:

• The application was filed in bad faith taking into consideration that BENFICA is a well-known trade mark worldwide.

The Institute thus rejected the application.

The practical significance of the case is that even if the real right owner does not locally use its trade mark on the goods or services for which the protection is sought, the Turkish Patent Institute has especially considered the worldwide well-known character of the trade mark (apart from the local awareness in Turkey) and the bad faith in connection with its well-known and distinctive character bearing in mind that the identical version of a well-known and distinctive trade mark shall not be chosen as a coincidence.

Sharing on Social Media? Use the link below...
Perm-A-Link: https://www.marques.org/blogs/class46?XID=BHA3924