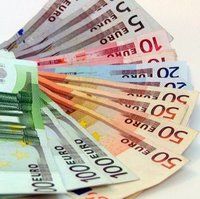 It is quite a long time (July 17, 2008 to be precise) since I wrote on this blog (here) about the so called indicative rates (procedural costs) for IP (infringement) proceedings (first instance), applicable since August 1, 2008, in the Netherlands.

With a letter of July 11, 2014 from the Chair (Ulbe van Houten, Judge in the District Court of Overijssel) of the ‘Landelijk vakinhoud overleg civiel en kanton’ (National Consultations on Civil-Law and Subdistrict Matters of the District Courts) the Netherlands Bar Association (NBA) received the new version of the so called Indicative Rates in IP-matters. These Indicate Rates can be applied as from September 1, 2014 and are applicable to proceedings in first instance.

However the evaluation has according to the Chair been seized to revise the explanation to the Indicative Rates on certain points taking into account the advice of the Advisory Committee to a large extent.

It would have been easy for practice and users if the revisions would have been indicated (by marking for example) in the text of the explanation, which unfortunetaly has not been done, so that it is necessary to have both texts available to see what exactly is revised. As far as I can see the revisions are minimalistic. I discovered the following changes:

2. In the new version’s preface the text refers to September 1, 2014 (instead of October 11, 2010), being the date on which the Indicative Rates version will change.

4. Decisions with regard to costs orders concerning procedural issues shall in principle be adjourned until the decision in the main action. This is new and formed not part of the explanation to the earlier version of the Indicative Rates.

6. The wording ‘except if’ is changed into ‘unless’ in the sentence ‘Unless the parties have reached an agreement with regard to the amount of the procedural costs’; an a, b and c have been added with regard to the points of the detailed statement concerning the procedural costs which has to be filed at the Court. When do we need to file this statement? New: ‘Unless the Judge has decided otherwise, the statement regarding procedural costs has to be filed within the same term which applies for the filing of the last exhibits. Until at the latest 24 hours before the hearing this statement can be supplemented with an overview of the costs made since then.’

7.  It is not stressed any longer by underling that the Indicative Rates give an indication of the maximum amount of procedural costs which as a general rule can be regarded as reasonable and proportionate.

The new version of the Indicative Rates can be found here (in Dutch) and in my 2008 post (see above).

Sharing on Social Media? Use the link below...
Perm-A-Link: https://www.marques.org/blogs/class46?XID=BHA3820