In one of its rare occasions to speak out in Greek, the General Court issued its judgment in case T-62/13 Sophia Gholam v. OHIM / Glaxo Group Ltd (back in June, but this blogger was consumed by shyness and did not report it at the time). Ms. Gholam sought to register as a CTM in her on name the mark "METABIOMAX" in connection with various products in Classes 5,16,30. This upset Maximuscle Ltd, owner of the earlier CTM "BIOMAX" in Classes 5,30 and 32, which opposed the application. Maximuscle Ltd was succeded by Maxinutrition Ltd and, finally, Glaxo Group Limited, by virtue of assignment of the earlier CTM.

In the meantime, the Opposition Division partially upheld the opposition, namely for: ‘pharmaceutical preparations; dietetic substances adapted for medical use, food for babies’ in Class 5 and ‘coffee, coffee substitutes; flour and preparations made from cereals, confectionery’ in Class 30. Therefore, the CTM application was rejected for these goods, but could proceed to registration for the remaining dissimilar goods ‘sanitary preparations for medical purposes’ in Class 5, and ‘tea, cocoa, sugar, rice, tapioca, sago; bread, pastry, ice-cream; honey, treacle; yeast, baking-powder; salt, mustard; vinegar, sauces (condiments); spices; ice’ in Class 30 and for all the contested goods in Class 16.

Gholam filed an appeal against the decision, and the Borad of Appeal added ‘coffee, coffee substitutes; flour’ in Class 30 to the list of goods not creating likelihood of confusion.

Gholam further appealed to the General Court, essentially reiterating her arguments before the BoA, which mainly were lack of standing of Glaxo Group, lack of similarity between the goods involved, lack of similarity between the signs compared and, accordingly, lack of risk of consumer confusion. Interestingly, Gholam appeared to ‘over-flirt’ with the notion that BIOMAX alluded to the nature of the goods designated, which would obviously have an impact on the distinctiveness of her own METABIOMAX. The BoA, like the Opposition Division, held that BIOMAX was of normal distinctiveness. 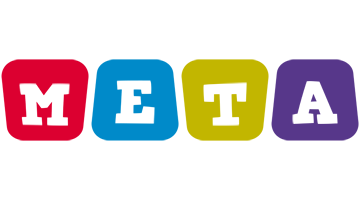 The General Court did not accept Gholam’s arguments and upheld the BoA’s decision. Its ruling was not very surprising as far as the comparison of goods and marks is concerned, but, in view of the highly "procedural" nature of the appeal, it did have some interesting points:

It stated that Gholam' general statement she refers to the written arguments and evidence already submitted before the OHIM renders the document of appeal inadmissible to the extent that it is based on such reference. The Court examined the appea on the basis of the arguments set forth n the document of appeal per se (this did not have any adverser effect for Gholam).

The General Court took the opportunity to note that the Board of Appeal cannot be criticised for not exhaustively addressing each and every argument the appelant puts forward, but its reasoning can be "indirect", so long as the litigants are afforded the ability to know the grounds on which the decision is taken and such decision includes adequate reasoning on the relevant points in order for the General Court to be able to scrutinize it.

Finally, the General Court held that the fact that the owner of the earlier mark did not oppose other applications incuding the mark "biomax" does not deprice it of the right to oppose the particular application.

Sharing on Social Media? Use the link below...
Perm-A-Link: https://www.marques.org/blogs/class46?XID=BHA3814