Thermofilm Australia Pty Ltd brought an opposition on the basis of earlier non registered rights for the verbal expression HEATSTRIP used in Australia, Canada, USA and UK for various “heating apparatus” among others. It raised the grounds of Article 8 (3) and 8 (4) CTMR, the latter in relation to the earlier UK right only.

The Board of Appeal upheld in part the opposition on the grounds of article 8 (3) finding that the opponent had duly proved that exclusive rights were used for HEATSTRIP in Australia; the existence of a fiduciary relationship between the parties and the lack of consent by the opponent when Moonich filed for application of the CTM.

Moonich appealed before the General Court which rejected the appeal. As regards the alleged violation of Article 76 (1) CTMR and lack of evidence regarding the applicable Australian law for demonstrating use of the earlier mark, the GC confirmed the reasoning of the Board which applied common law principles. In an action for “passing off”, the” reputation” generally refers to the “goodwill” of a mark, and not the level of “reputation” required according to Article 8(5) CTMR. The opponent filed evidence that according to Australian law, “goodwill” means the mark “ has come to the attention of the relevant public and has attained a level of significance in the public mind”. In the present case, the opponent had demonstrated substantial period of sales and promotional activity -just a few weeks’ duration has been held sufficient in some cases where the magnitude of the promotion was quite substantial. Thus, the Board correctly found that the opponent had proved the existence of earlier Australian right according to the common law definition of “goodwill” , without the need to prove its “reputation” in accordance with 8 (5) CTMR. 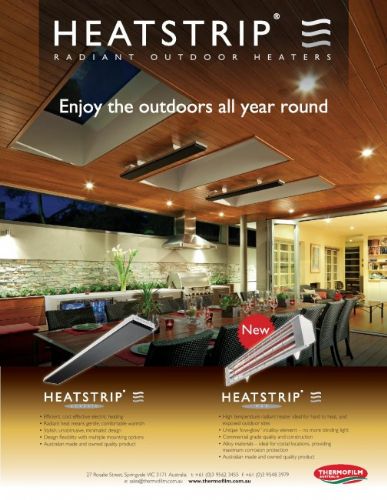 Further, the Court rejected the alleged violation of Article 8(3) of the CTMR which reads “Upon opposition by the proprietor of the trade mark, a trade mark shall not be registered where an agent or representative of the proprietor of the trade mark applies for registration thereof in his own name without the proprietor's consent, unless the agent or representative justifies his action.” The GC reminded that this article is meant to cover any contractual relationship when one party acts on behalf of the others, independently of its legal qualification.

Moreover, the evidence produced by the Thermonfilm (strict collaboration regarding the successful implementation of the products under HEATSTRIP mark on the German market) sufficiently demonstrated the existence of a fiduciary and principal-agent relationship, It does not matter whether there was no actual agency agreement or exclusivity clause. Finally, the GC rejected the applicant’s arguments according to which the Board had failed to examine whether there were any “justification for the applicant’s actions”. It recalled that the analysis of relative grounds claims is limited to the arguments presented by the parties: in the present case, Moonich raised this claim for the first time before the Court.

Sharing on Social Media? Use the link below...
Perm-A-Link: https://www.marques.org/blogs/class46?XID=BHA3796