Today I read in the newspaper the following story, entitled "Schweppes v. Schweppes: no more British tonic water in Spain". It appears according to the news that the Commercial Court no. 1 of La Coruña (Spain) recently ordered a beverage distributor to cease the marketing of tonic water under the brand Schweppes on grounds of trademark infringement over the trademark registration Schweppes in Spain. The distributor did market units of genuine Schweppes tonic water purchased in the UK from the legitimate owner of the brand in such EU Member (or with its consent) and marketed it within the Spanish territory. The key here is that –as it happens in many other cases- there are different entities with different rights over the brand Schweppes in both countries. More particularly, the Spanish company Schweppes S.A. does have an unlimited, exclusive, total, indefinite license over the Spanish trademark registrations containing or including the brand Schweppes, which are owned by the UK company Schweppes International Limited since at least 1945. This license was advertised in the Spanish PTO official gazette on 15 November 2013. From the news, helped too by a database whose name I do not care to remember, I see that there are at least nine pending actions across Spain. In Granada, for instance, this Spanish company obtained, back in March 2014, an injunctive relief against a local distributor consisting on the cessation --but not on the seizure of the available stock, since it was purchased before the advertising of the license (and without prejudice, one may suppose, of the discussion over the infringing nature of the actual commercialization of the stock during the main proceedings). 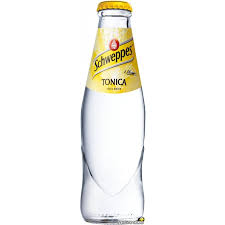 According to the principle of trademark exhaustion, a trademark owner –or its exclusive licensee- who is responsible for the commercialization of such goods under the mark within the EEA may not prohibit the circulation of such goods by unrelated parties within the relevant market. Now, this might not be applicable for the circulation of such goods in countries where there is a third party, not economically linked with the owner, that owns an identical or confusingly similar trademark (CJEU 17 October 1990 C-10/89 SA CNL-Sucal NV v. Hag GF AG, Hag II). I mentioned this because one might dare to ask whether the UK company responsible for the marketing in the UK of the units of tonic water distributed in Spain and the UK company owning the Spanish trademarks (and its exclusive licensee in this latter country) were not linked.

If you asked yourself the same question upon reading the news or this sequel, it might be illuminating the fact that the Spanish anti-trust regulator, contrary to other countries, did not approve the purchase of Schweppes by Coca-Cola back in April 1999. Coca-Cola, through its subsidiary Atlantic Industries, is the owner of the UK trademarks for Schweppes, and allegedly a different entity –not economically linked (actually a competitor)- than the UK company and its Spanish licensee that hold rights over the Schweppes trademarks in Spain. So, it would be difficult to come across with a better example of enforcement of trademark rights in the context of the principle of exhaustion, as interpreted by the CJEU.