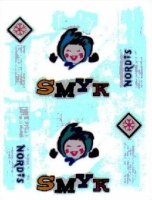 On 1 February 2007, SMYK GLOBAL ASSETS GmbH filed before the Polish Patent Office an opposition against the grant of the right of protection for the word-figurative trade mark lody SMYK NORDiS R-174465 that was registered for the Polish company NORDIS Chłodnie Polskie Sp. z o.o.

SMYK GLOBAL ASSETS, the owner of the word-figurative trade mark SMYK R-151707 registered inter alia for goods in Class 30 such as confectionery and sweets, argued that both signs are similar and may cause consumers' confusion. The questioned registration was also an attempt to use the trade mark that was known on the market for more than twenty years, and which has won the recognition of customers thanks to significant financial and organizational expenditures. SMYK also alleged violation of the right to the company name.

NORDIS argued that the compared signs and the goods are not similar and there is no chance for confusion of potential buyers. The Polish company had applied for this sign in May 2003, because it should serve as a continuation of the word-figurative trade marks SMYK NORDIS NORDIS R-93343 and SMYK R-93586 that both lapsed on July 2003. NORDIS had the right to use all signs with the word elements SMYK and NORDIS, because both lapsed trade marks became the bar for registrations of new similar or identical signs for other entities, for two years after the lapse. 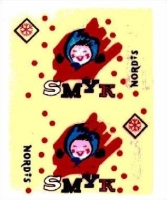 SMYK GLOBAL ASSETS replied that the provisions of the Polish Industrial Property Law do not afford the institution of "continuation" of trade marks, and the modified sign does not derive legal force from the earlier marks, and the owner cannot be entitled to rely on the law that no longer exists.

In 2008, the PPO dismissed the opposition. SMYK GLOBAL ASSETS decided to file a complaint, and the Voivodeship Administrative Court in its judgment of 20 May 2009 case file VI SA/Wa 2315/08 overturned the decision, and ruled that the PPO has made an invalid interpretation of the provisions of the Polish Industrial Property Law on the similarity of signs and the goods with regard to the likelihood of confusion. The Court found that the semantic analysis lead to the logical conclusion that the concept of the term "ice cream" falls within the term of "sweets", and hence there exist homogeneity of goods bearing compared signs due to the fact that ice cream are goods of "the same kind" as sweets. The homogeneity of goods follows from the semantic analysis of the concepts and the nature of the goods such as "ice cream" (narrower term) and "sweets" (broader term). The VAC also noted that the word element SMYK that is present in both signs, is also endowed with a similar graphics. The case went back to the PPO for further reconsideration. 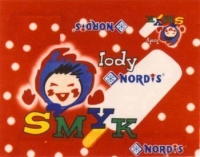 On 3 August 2009, NORDIS Chłodnie Polskie Sp. z o.o. requested the Polish Patent Office to decide on the lapse of the right of protection for the word-figurative trade mark SMYK R-151707 in part for goods in Class 30, becuse SMYK GLOBAL ASSETS failed to put this sign in genuine use on the Polish territory. SMYK argued that its trade mark was present on the market among others on candies available in SMYK's stores that are located in big malls.

The Voivodeship Administrative Court in its judgment of 20 November 2012 case file VI SA/Wa 397/12 dismissed it. The Court ruled that there was no violation of the company name, because at the time the disputed trade mark was applied, there was no conflict of interest between both parties, because the scope of activities of the two companies was different. SMYK GLOBAL ASSETS has not shown that the registration will disrupt the function of the name of its company, NORDIS manufactures ice cream, while SMYK GLOBAL ASSETS is a producer of items for children, including toys and clothes and was never engaged in the production or sale of ice cream, moreover, the proceedings revealed that NORDIS does not use the sign in a possible colliding area. The Court agreed with the PPO that the trade mark was not applied contrary to law, public order or morality, because this provision, as it was aptly pointed by the PPO, refers to the content or form of how the applied sign is represented. Such contradiction lies in the violation of moral norms, ethics and customs adopted in business. It occurs primarily in the signs of vulgar or offensive content or form. The VAC noted that SMYK might have confused this regulation it with another institution i.e. bad faith. Legal provisions relating to signs applied in bad faith and signs which are contrary to public policy or morality that are included in the Polish Industrial Property Law are separate premises examined in the trade mark application or invalidation proceedings. The Court emphasized that the first condition is associated with the behavior of the applicant, and the second with the sign. SMYK GLOBAL ASSETS filed a cassation complaint.

Sharing on Social Media? Use the link below...
Perm-A-Link: https://www.marques.org/blogs/class46?XID=BHA3767