Once upon a time in 3 joint Cases T‑495/12 to T‑497/12, a Luxembourg Court judged an action between two thirst-quenching companies for (-blood) trade mark rights:

The Applicant requested proof of use of the earlier mark and in each of the three OHIM files, the opponent submitted the following evidence:

–copies of six invoices, written in Romanian, issued by a company, Scandic Distilleries SA, and addressed to t

he same wholesaler established in Romania, SC TGIE, for the period from 2 February to 24April 2009, each relating, to 432 products for which no description is provided but which are associated with the wording ‘V.DRACULA’;

–a copy of the photograph of part of the bottle on which the following sign was visible:

–a copy of a promotional text written in Romanian and in English, with no mention as to its medium, relating to ‘vodka DRACULA’ and bearing the verbal element ‘dracula’ in characters identical to those used in the above representation.

The Opposition Division and the Fourth Board of Appeal of OHIM dismissed the actions, holding that the documents filed by the opponent did not demonstrate genuine use of the earlier mark within the meaning of Article42(2) and (3) of Regulation No207/2009 and of Rule 22(2) of CTIMR.

It is incumbent on the opponent to adduce, to the requisite legal standard, proof of the place, time, nature and extent of use. According to the BoA, the six invoices presented, the only documents which are dated, covering a period of only two and a half months and each indicating a sale of 432 units of the products in question bearing the name of the earlier mark, did not demonstrate genuine use during the reference period and did not reflect the sale and distribution of the products on the market to the end consumer.

Moreover, no information had been supplied as to the identity of the companies mentioned in the invoices, or on the link established between them and the opponent. Furthermore, the photograph of a bottle and the promotional text showed a use of the earlier mark in a form which significantly altered the distinctive character of the sign and the verbal element ‘dracula’ set out on the invoices and on the promotional text did not make it possible to determine whether it referred to the sign as used or as registered. Contrary to what the applicant claims, nothing in the file supported the conclusion that Scandic Distilleries’ use of the earlier mark should be regarded as having been made with the consent, tacit or otherwise, of the opponent, and therefore as use by the opponent in accordance with Article15(2) of CTMR. Secondly, the opponent has not even established that the earlier mark had been used publicly and outwardly (see case-law ‘VITAFRUIT’).

Only six invoices contain information on the extent of the use of the earlier mark, which represents an overall sales volume of 2592 units of the products concerned bearing the name of the earlier mark and, taking into account the reported duration of use, a sales frequency of 900 units per month.However, having regard to the relevant market, that use is small in terms of quantity.

First, considering the geographical and substantive scope of the market in question, it must be observed, that those sales figures are not sufficient to establish effectively the presence of the earlier mark on the Romanian market given the nature of the products concerned. Secondly, the sales volume is marginal bearing in mind the average monthly consumption of vodka on the Romanian market, estimated by the intervener on the basis of statistical data provided in its pleadings and at the hearing and which were not contested by the opponent. 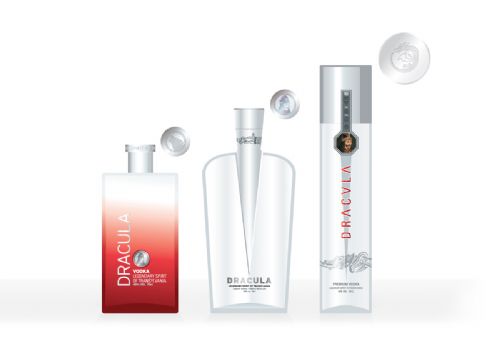 Therefore the opponent failed to demonstrate that the sales – although they are very limited in time, despite the fact that the opponent had registered its mark in 1995, and they concern quantities which are not large – constitute use which was objectively such as to create or preserve an outlet for the goods concerned and entailed a volume of sales which, in relation to the period and frequency of use, was not so low that it could be concluded that the use was merely token, minimal or notional for the sole purpose of preserving the rights conferred by the mark (see Judgment LA MER).

Admittedly, the opponent did produce other documents, such as the copies of a photograph of part of a bottle and a promotional text which could provide an indication of the nature of the use of the earlier mark concerning alcoholic beverages, except beers, and of the form in which it was used. However, that evidence does not substantiate the place, time or still less extent of the use

In the light of the above, the Board of Appeal and the General Court found that the opponent had not submitted sufficient information on the frequency, regularity, territorial scope and volume of the sales, for Dracula vodka, thus rejecting the opposition.

For the amusing tale as reported by the IPKAT, see here

Sharing on Social Media? Use the link below...
Perm-A-Link: https://www.marques.org/blogs/class46?XID=BHA3738