Following opposition by Emi (IP) Ltd, the CTM applicant restricted the list of goods and services  to Class 25: ‘Clothing, footwear, headgear’ and Class 35: ‘Advertising in the oil, fuel and lubricant, energy production and distribution and transport sectors’.

The Opposition Division reviewed the opposition based on the earlier figurative CTM  and retained only the following service in Class 35: ‘The bringing together for the benefit of others, of a variety of goods, enabling customers to conveniently view and purchase clothing, footwear and headgear’. Both the OD  and BoA upheld the opposition with regard to the goods in Class 25 finding  the existence of a likelihood of confusion as a result of the similarity of the goods covered by the mark applied for, namely the clothing, footwear and headgear, and the service protected by the earlier figurative CTM, that is to say the retail service in respect of the goods at issue, and owing to the visual and phonetic similarity of the signs at issue.

The GC rejected the applicant’s arguments regarding an error of assessment in the comparison of the goods and the service at issue, in particular invoking an infringement of the OHIM Guidelines. The latter provide that the risk of confusion is unlikely between retail services and particular goods except in very particular circumstances, such as when the respective trade marks are identical or almost so and well established in the market and, secondly, that each case that arises will be dealt with on its own merits. 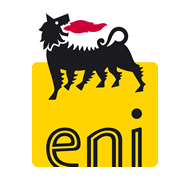 The BoA complied with the wording of the OHIM Guidelines by examining the present case ‘on its own merits’, which led it to conclude correctly that the goods and the service at issue are similar. Although the applicant submits that the junior mark and earlier mark are not ‘well-established in the market’ within the meaning of the OHIM Guidelines, the markets being, in the present case, that for items of clothing and that for retail services in respect of clothing, it is sufficient to state that the illustrations provided in the OHIM Guidelines are not exhaustive, as is clearly proved by the use of the words ‘such as’, which precede those illustrations.

The GC confirmed the similarity of the signs and overall assessment likelihood of confusion, dismissing the appeal.

Sharing on Social Media? Use the link below...
Perm-A-Link: https://www.marques.org/blogs/class46?XID=BHA3721