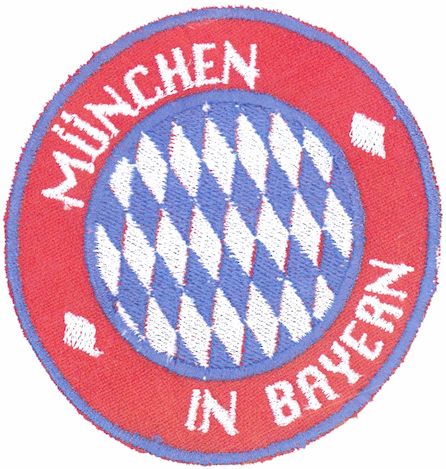 The German Federal Patent Court (BPatG) has refused to register the figurative sign “MÜNCHEN - IN BAYERN” (left), claiming that Sky Deutschland GbR (NOT to be confused with Sky Deutschland Fernsehen GmbH & Co. KG the media company) had filed the application in bad faith. As suggested by the title of this post, the refusal marked the second victory for FC Bayern München in a series of disputes over the football club’s insignia (right). The Court held that it was known to authorities that 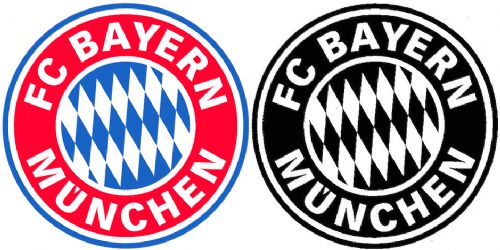 Bayern Munich used the coloured emblem on merchandising products, whereas the black and white version was registered in Germany as a trade mark for various goods and services, including “beers; mineral and aerated waters and other non-alcoholic drinks” in Class 32 as well as “entertainment; sporting and cultural activities” in Class 41.​

Sky Deutschland GbR sought to register the sign “MÜNCHEN - IN BAYERN” essentially for the same goods and services, with the addition of “advertising; business management and business administration” in Class 35. However, the BPatG has dismissed the application, confirming the German Patent and Trade Mark Office’s earlier decision. The Court argued that an applicant is considered to act in bad faith if he, in the absence of any legitimate (self‑) interest, seeks to register a sign in order to interfere with a third party’s right. While using the mark applied for in an unfair manner does not have to be the sole purpose of the application, bad faith may be assumed, at least, where the applicant ‘appropriates’ a known sign pertaining to a third party evidently without authorisation.

The BPatG decided that there was sufficient evidence of bad faith, partly because the signs as well as the goods and services were highly similar. More importantly, however, the applicant was considered to have interfered deliberately with Bayern Munich’s rights. The Court based this assertion on the fact that the two parties had previously been engaged in separate litigation relating to an earlier trade mark registration (left). Sky Deutschland GbR had 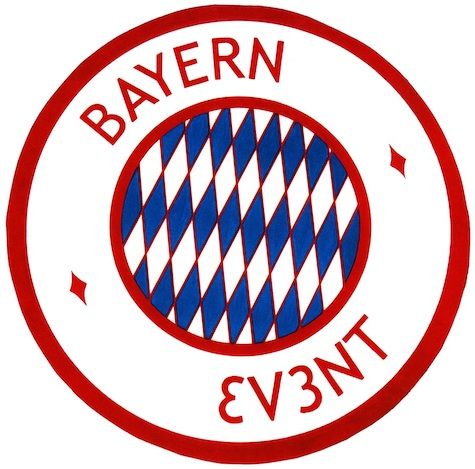 successfully registered this first mark for the same goods and services mentioned above, but was subsequently forced to surrender the registration as a result of invalidity proceedings brought by Bayern Munich based on its insignia. The judgment in these initial proceedings was given less than two months before Sky Deutschland applied to register the second sign “MÜNCHEN - IN BAYERN”, which appears at the beginning of this post. Since the similarities between this (second) sign and Bayern Munich’s insignia were even more obvious than in the initial proceedings, the BPatG found that - in the current case - the applicant must have known that he was interfering with the rights of Bayern Munich. Consequently, the applicant was held to have acted contrary to honest practices in industrial and commercial matters (i.e., in bad faith).

The BPatG’s decision is one of the rare instances where a court ventures to establish bad faith. The required factual circumstances are often alleged but rarely proved (reported here). This is particularly true for Germany, considering that the German legislator has restricted the absolute ground for refusal of registration to cases in which bad faith is ‘evident’.

With regard to the difference in colour between the (second) sign applied for and Bayern Munich’s trade mark, the BPatG claimed that all signs registered in black and white enjoy protection in any colour (or combination of colours). As followers of Class 46 will be aware of, the European Trade Mark and Design Network has recently issued a common communication on the scope of protection of black and white marks (reported here). The communication deals only with a number of specific issues and would not have been applicable in the scenario in question. Nevertheless, the Court may have to reconsider its broad statement on the unrestricted protection of black and white marks once the communication takes effect on 15 July 2014 (for further information read the comprehensive post on the IPKat weblog).

Sharing on Social Media? Use the link below...
Perm-A-Link: https://www.marques.org/blogs/class46?XID=BHA3709