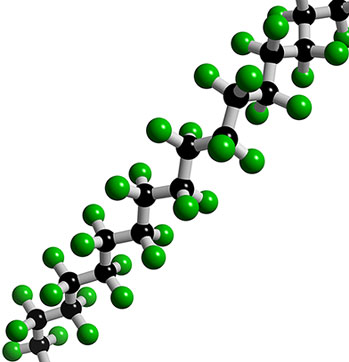 The Polish Patent Office dismissed the opposition filed by E.I. du Pont de Nemours & Company against the decision on the grant of the right of protection for the word trade mark TEFAPAK R-199130 that was applied for the Polish company SINOGRAF S.A.

E.I. du Pont argued that the sign TEFAPAK is similar to its trade mark TEFLON R-49573 that was registered in Poland in 1968, and to its CTM TEFLON that was registered in 1996. According to the US company, the compared goods are identical or similar, and the signs share the same prefix TEF, which could lead to consumers' confusion.

SINOGRAF S.A. requested the PPO to dismiss the opposition, and argued that the goods are directed to competent consumers of the proper level of technical knowledge, who have knowledge and experience in the field of materials, and thus much greater possibility of distinguishing different trade marks than the average recipient.

The PPO dismissed the opposition and found that the trade marks at issue are not similar, since they have significantly different overall impression both in the the visual and aural aspects. The PPO noted that there is no likelihood of confusion and it could not include the likelihood of association, because the goods are targeted to specialized recipients. E.I. du Pont filed a compliant against this decision.

The Voivodeship Administrative Court in its judgment of 11 July 2012 case file VI SA/Wa 301/12 dismissed it. The Court held that the Polish Patent Office correctly established all circumstances of the case. The VAC agreed that the goods are identical or similar, however, the Court did not agree with the argument that the compared signs are similar to the extent that could lead to likelihood of confusion. In the opinion of the Court, the trade mark are not similar, so arguments about the use of someone else's reputation and the reputation of the trade mark can not be justified. Dissimilar signs can not induce associations of customers, so there can be no conscious imitation and benefit from someone else's reputation. E.I. du Pont filed a cassation complaint.

Sharing on Social Media? Use the link below...
Perm-A-Link: https://www.marques.org/blogs/class46?XID=BHA3670