Following Laetitia’s post on the General Court’s judgments in cases cases T-291/12 and T-539/11, this blogger finds himself wondering (again) if OHIM and the Community Courts say what they mean or mean what they say about the application of the principle of equality in CTM cases, particularly those relating to absolute grounds of refusal. 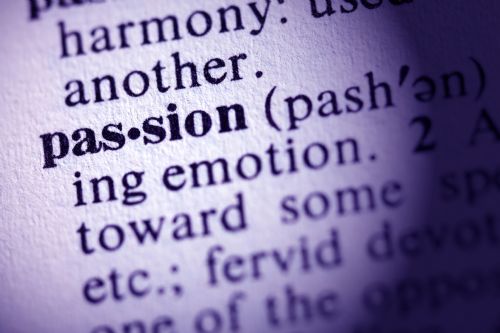 For the purposes of this post, it would suffice to quickly remind readers that Deutsche Bank has failed before the OHIM and the General Court to register as a CTM, in connection with services in Classes 35,36,38,41 and 42, the mark – slogan “PASSION TO PERFORM” (in English and German).  In tis attempt to do so, the said applicant invoked the registration in its name of , inter alia, similar CTMs. This blogger is, for a number of reasons, not a particular fan of slogan (trade)marks, but has a soft spot on consistency, translated also in the language of human rights as ‘equality’.

According to the General Court’s reasoning (paras 64 -69 of judgment in T-291/12), whilst it is true that, in observance of the principle of equality and sound administration, OHIM must, when examining a CTM application, take into account the decisions already taken in respect of similar applications and consider with especial care whether it should decide in the same way or not (Case C-51/10 P Agencja Wydawnicza Technopol v OHIM [2011] ECR I-1541, paragraph 74), this would not allow the applicant to benefit from a “possibly unlawful act committed to the benefit of someone else (Agencja Wydawnicza Technopol v OHIM, cited at paragraph 65 above, paragraphs 75 and 76)” or even to its own benefit, one may add.

It is clear that there can be no equality in unlawful acts. Equality cannot be employed as a basis to violate the law. But, the above reasoning also reads as “if we hold your application to fall within (absolute) grounds for refusal, we will not really take into consideration previous decisions and judgments on similar marks, although we say we do”. This does not have the sound of sound administration (one of the faces of equality). Moreover, the General Court (and OHIM before it), do not really say whether the similar marks relied upon by Deutsche Bank were wrongfully registered (“possibly unlawful acts” remember?), which could hold in place the argument of non-application of the principle of equality. Nor is there an argument that the marks relied upon are actually dissimilar. In fact, the Court’s reasoning does not really seem to address the argument and this has no particular good ring to it either.

Obviously, to merely invoke the principle of equality in any of its shapes and sizes, from non- discrimination to proportionality and sound administration is not and should not be enough to have a trademark cross the bridge to registration. And OHIM and the Community courts may reasonably be a tiny bit tired of lawyers sayingbig words with little or no meaing. Any applicant playing the equality card should demonstrate the similarities of the “precedents” (for lack of a better word) invoked with its CTM application. But OHIM and the Community Courts should address these arguments and not go round them. Because, for better or worse, the observance of the principle of equality is their task, not the applicants’.

Sharing on Social Media? Use the link below...
Perm-A-Link: https://www.marques.org/blogs/class46?XID=BHA3660