The examiners, as confirmed by the 2nd Board of Appeal, refused the registrations. 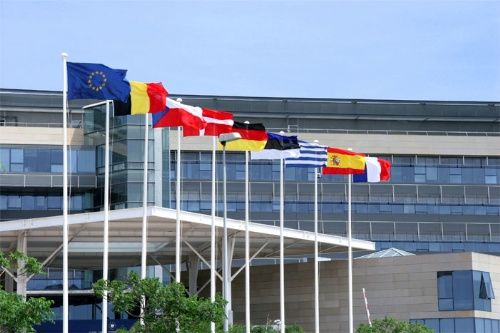 For the English-speaking professionals in the European Union, the marks applied for, taken as a whole, would be understood by the relevant public as meaning ‘a place dedicated to intellectual property’ with respect to the mark IPZONE, and ‘an area devoted to intellectual property in Europe’ with respect to the marks EUROPE IPZONE, IPZONE EUROPE and EUROPEAN IPZONE. Thus the marks applied for are descriptive of the services in question and cannot be registered in accordance with Article7(1)(c) of CTMR.

Concerning the application of Article7(1)(b) of CTMR, in the decision contested in Case T‑102/11, the mark IPZONE is not understood as an indication of the origin of the services at issue and for that reason, it is devoid of distinctive character. In the decisions contested in Cases T‑369/12, T‑370/12 and T‑371/12, as the marks EUROPE IPZONE, IPZONE EUROPE and EUROPEAN IPZONE are descriptive of the services claimed, for that reason they are devoid of distinctive character within the meaning of Article7(1)(b).

In its appeal before the General Court, AmEx contested the definition of the relevant public, claiming the hosting of an on-line portal was not carried out by professionals in the field of intellectual property, but rather by IT experts and, second, that the services provided by that portal were also addressed to the general public. The GC rejected that argument holding that it cannot validly be claimed that the services at issue are not principally intended for professionals in the field of IP, in so far as these are very specific services which refer expressly to the field of IP.

Finally, the fact that the mark IP ZONE has been registered in the US was set aside by the GC which recalled the principle of the autonomous CTM regime. The actions were dismissed.

Sharing on Social Media? Use the link below...
Perm-A-Link: https://www.marques.org/blogs/class46?XID=BHA3641