Mr. Eduardo López Cabré opposed it on the grounds of art. 8(1) b) CTMR on the basis of earlier Spanish and Community word marks VOGUE and  Spanish figurative mark all registered for the following goods in Class 18  ‘All kinds of umbrellas, sunshades, handles, ribs and canes for these.’

Both the Opposition Division and Board of Appeal upheld the opposition as regards ‘umbrellas; parasols; parts and fittings for all the aforesaid goods’, since a likelihood of confusion could not be excluded due to the identical nature of those goods and of those protected by the earlier Spanish word mark VOGUE – the use of which it considered had been sufficiently proved – and the similarity of the signs at issue. The General Court confirmed the findings and dismissed the appeal. 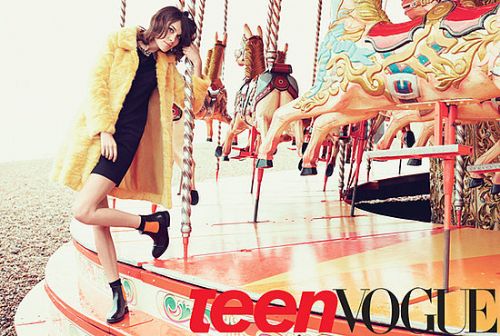 In Case T-509/12, the applicant’s TEEN VOGUE mark registered for Class 25 goods (class headings) was opposed successfully on the basis of earlier Swedish word mark VOGUE registered for ‘clothing, including boots, shoes and slippers’. OHIM and the General Court upheld the opposition since a likelihood of confusion could not be excluded due to the identity or similarity of the goods covered by the mark applied for, namely, clothing, footwear and headgear, and of those protected by the earlier Swedish word mark VOGUE - the use of which it considered had been sufficiently proved but only for hosiery - and the average similarity of the signs at issue.

Regarding the conceptual comparison, neither of the two elements at issue (‘teen’ and ‘vogue’) has a meaning in Swedish, which is not disputed. None the less, it was for the Board of Appeal to ascertain whether the general public in Sweden, many of whom speak English, was able to discern the meaning of those two elements, which it did not do. The GC reviewed whether this error by the BoA on the partially erroneous assessment of the relevant public’s abilities, affected the legality of the contested decision.

However, it found it did not:   for the part of that general public which has a command of the English language, the word ‘vogue’ would be understood as a word relating to fashion, the word ‘teen’ clearly indicating adolescents. Furthermore, the word ‘teenager’ translated into Swedish is a word constructed in a similar manner, namely, ‘tonåring’. It must be inferred from this that the expression ‘teen vogue’ would be perceived as a mere variation of ‘vogue’, since the concept of ‘what is fashionable for adolescents’ naturally comes from ‘what is fashionable’.  Therefore, for the non English-speaking part of the public, the BoA’s conclusion regarding the lack of influence of the conceptual comparison on the assessment of the similarity of the signs remains true. The GC confirmed the BoA's decision and dismissed the appeal.

Sharing on Social Media? Use the link below...
Perm-A-Link: https://www.marques.org/blogs/class46?XID=BHA3629