In a recent decision, overturning the Examiner's initial rejection, the OHIM's Board of Appeal had interesting things to say particularly as regards the value of and binding effect of decisions of the Office.

In Case R 676/2013-2, US-based Level 3 Communications, LLC had designated the EU to claim protection for its international trade mark of the word mark LEVEL (3) for various telecoms systems and networks services in classes 35, 37, 38 and 42. The Examiner issued provisional refusal decision on the grounds that (a) the services covered by the mark applied for are specialized services and, accordingly, the awareness of the relevant public will be high, and (b) the mark ‘LEVEL (3)’ consists of two conjoined word elements, a word ‘LEVEL’ and a numeral placed between brackets (3). The – The word ‘LEVEL’ means a fancy telecom word for volume, the power, or amplitude, of a signal measured at a certain point in a circuit, specifically, the point of measurement is known as a Transmission Level Point (TLP), and the numerical (3) means the value of volume. Therefore, in the Examiner’s view, LEVEKL (3), taken as a whole, immediately informs consumers without further reflection that the services applied for are volume 3 or are related to it. 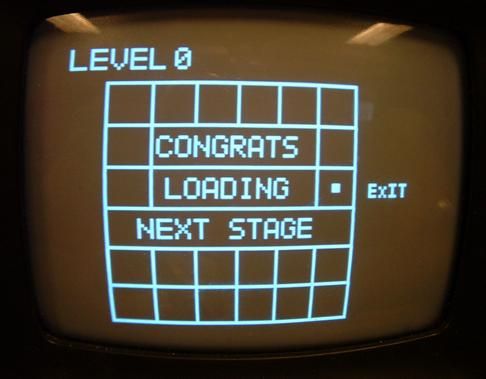 The Applicant, in its observations, had noted that it already is the owner of registered CTMs in and to the mark LEVEL 3, for partly identical and partly similar services, as well as to the mark LEVEL ONE in Class 9.

The Examiner stood its ground and, as regards the argument that a number of similar registrations have been accepted by OHIM, held it sufficient to point out that, according to settled case-law, decisions concerning registration of a sign as a Community trade mark are adopted in the exercise of circumscribed powers and are not a matter of discretion. Accordingly, the registrability of a sign as a Community trade mark must be assessed solely on the basis of that regulation, as interpreted by the Community judicature, and not on the basis of a previous practice of the Office (see judgment of 15 September2005, C-37/03 P, BioID, para. 47 and judgment of 9 October 2002, T-36/01, Glaverbel, para. 35).

The Applicant appealed successfully. The Board of Appeal held that that, for a sign to be caught by the 7(1)(c) CTMR prohibition, there must be a sufficiently direct and specific relationship between the sign and the goods and services in question to enable the public concerned immediately to perceive, without further thought, a description of the goods and services in question or one of their characteristics (see judgments of 22 June 2005, T-19/04, ‘Paperlab’, para. 25 or of 27 February 2002, T-106/00, ‘Streamserve’, para. 40). Further the BoA agreed with the Examiner that the relevant public consists, mostly, of a relatively specialized English-speaking public, given the peculiar character of the services in question. However, the BoA sided with the Applicant in holding that with reference to the measured level of a signal at a certain point in a circuit, ‘level’ is a ‘fancy term’ not understood as equating to volume in any ordinary sense of that word. While the level of the signal referred to in the definition could roughly correspond to a notion of ‘volume’ as understood by an average user (in the sense that the higher the level of the signal the louder the output of a speaker converting that signal into sound will presumably be), the professional consumer would not have that sense in mind when using telecoms apparatus and no professional would understand ‘level 3’ as indicating a measurement of ‘volume’. This is because, in relation to the ‘level in a circuit’, the numeral ‘3’ shorn of any reference to units would have no sense at all to a professional user who would look for a value with units, such as, 16 dBm. Thus, ‘LEVEL (3)’ would have no meaning in that sense. The BoA concluded that the expression ‘LEVEL (3)’ as a whole has, at most, a suggestive rather than a straightforward link in relation to the services applied for.

Moreover, the BoA had an interesting twist to offer regarding the Applicant’s reliance on previously accepted  ‘LEVEL 3’ marks. It held that although it “cannot give decisive weight to earlier registrations, it will take them into due consideration. The Office should attempt to be consistent. Previous decisions of the Office may therefore be invoked and, if a genuinely comparable precedent is cited, the Board must consider whether it should be followed”.

Although, as practitioners, we may “annoy” the OHIM with reference to (sometimes far-fetched or irrelevant) “precedents”, it appears, at the very least, that the classic ‘we don’t care about the past’ escape practice of the Office has limits.

Sharing on Social Media? Use the link below...
Perm-A-Link: https://www.marques.org/blogs/class46?XID=BHA3625