The Opposition Division and the Second Board of Appeal of OHIM upheld the opposition. First of all, the goods covered by the earlier mark and by the application for registration are identical. Then the word ‘sonic’, together with the other terms constituting the conflicting signs, would be understood by the majority of consumers in the Czech Republic, Italy, Hungary, Austria, Slovenia and Slovakia.

However, the Board of Appeal observed that the applicant was seeking to obtain registration of the sign 360° SONIC ENERGY not for a particular type of toothbrush but for the general category of goods 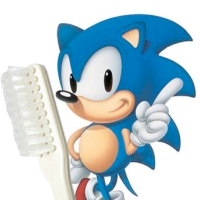 corresponding to the description ‘toothbrushes’. The word ‘sonic’ is indeed distinctive with respect to ‘ordinary bristle’ toothbrushes, that is to say, those which do not operate with an electrical device generating ‘ultrasounds, causing the water on and between the teeth to vibrate at high speed’. The Board of Appeal also stated that the applicant had been unable to show that consumers were exposed to widespread use of trade marks including the word ‘sonic’ in connection with toothbrushes. Furthermore, the words ‘power’ and ‘energy’ and the element ‘360°’ also helped to reinforce the distinctive nature of a sign used in respect of simple toothbrushes.

It was in reliance, in particular, on those elements that the Board of Appeal took the view that the conflicting signs, in spite of phonetic dissimilarity, presented a high degree of conceptual similarity and also a low degree of visual similarity and that there was consequently a likelihood of confusion between the signs on the part of the relevant public. The General Court dismissed the appeal.

Sharing on Social Media? Use the link below...
Perm-A-Link: https://www.marques.org/blogs/class46?XID=BHA3530