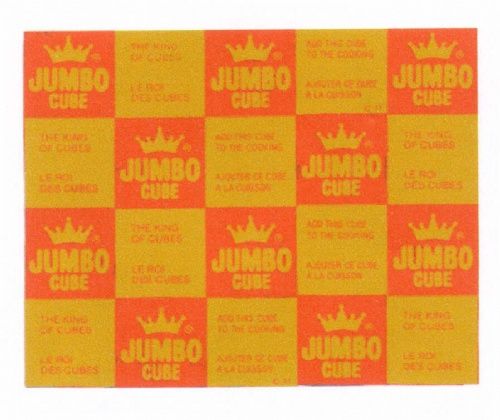 Aroma All purpose seasoning Condiment, earlier Spanish Mark for among others, ‘soups, broth and dehydrated soups’ in Class 29 and ‘sauces (condiments)’ in Class 30 and non registered right well-known right JUMBO.

The Opposition Division upheld the opposition in so far as it concerned part of the goods only, among others, ‘meat, fish, meat products, charcuterie, poultry and game, etc’ in Class 29 and the ‘Prepared meals, mainly consisting of the aforesaid goods, and of rice and noodles; rice and rice products, etc’ in Class 30 and rejected it as to the remainder.

The First Board of Appeal of OHIM upheld the appeal and annulled the Opposition Division’s decision by rejecting the opposition. The relevant public is made up of EU ‘buyers’, in particular Spanish ‘buyers’ of food products such as soups, broths, condiments and sauces. As regards the comparison of the goods, it concluded that there was a degree of similarity between the goods at issue which ranged from very high, or even identical, to low according to the type of goods.

As regards the visual comparison, especially important given that the goods in question were visible on a supermarket shelf before being purchased, the signs at issue were manifestly different in so far as the earlier marks are figurative whereas the mark applied for is a pure word mark.

As regards the phonetic comparison, the signs at issue when pronounced in English have phonetic identity. Nevertheless, there is a strong conceptual dissimilarity between those signs which made it possible to rule out any similarity between them. The word ‘jumbo’ would be understood as meaning ‘big’, whereas the word ‘jambo’ would be perceived as meaningless, as the average consumer does not know that it means ‘hello’ in Swahili. Furthermore, the inclusion of the word ‘afrika’ in the mark applied for played a distinctive role, albeit a secondary role.

Lastly, as regards the renown of the earlier mark, the Board of Appeal found that the status of that mark outside the EU was not relevant and that African consumers in Europe, who are likely to understand the meaning of the mark applied for, represented only a small portion of the target public. In any event, consumers who speak Swahili would be able to perceive the difference in meaning between the words ‘jumbo’ and ‘jambo’ in the signs at issue. The applicant’s argument that the BoA failed to have regard to the ‘spill over’ effect of the earlier marks’ reputation in Europe, which is due to the growing number of African immigrants living in Europe and to the use of modern technologies, such as the Internet, cannot, likewise, succeed.

Therefore, there is no likelihood of confusion according to article 8 (1) b) CTMR.

Sharing on Social Media? Use the link below...
Perm-A-Link: https://www.marques.org/blogs/class46?XID=BHA3479