In Case T-416/11, Cardios Sistemas (Brazil) filed a CTM application for goods in Class 9 and 10 for CARDIO MANAGER in 2006 which was opposed by Biotronik (Germany) on the basis of earlier German rights CARDIOMESSENGER registered in Classes 9 and 10 in 2008. CTM applicant requested proof of genuine use in accordance with Art. 42(2) and (3) CTMR.

The items of evidence provided by Biotronik concerning the use of the trade mark CardioMessenger in Germany, for the period between 21 January 2003 and 20 January 2008, were the following:

–        scientific publications referring in places to the ‘CardioMessenger’ device;

–        extracts from an instruction manual for the ‘CardioMessenger’ product;

–        packaging for products intended for a ‘CardioMessenger’ kit;

The Opposition Division and BoA found that the evidence submitted by Biotronik, whether assessed on an individual 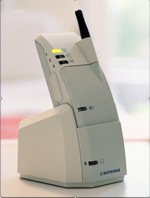 basis or as a whole, could not be regarded as proof of genuine use of the earlier trade mark. Even though Biotronik had shown that it had manufactured, and to some extent marketed, a device known as the ‘CardioMessenger’ that can be used by patients suffering from heart conditions, it had not produced – in relation to Germany, the country of reference – solid evidence concerning, in particular, turnover or advertising, or the nature and extent of the use. Biotronik failed to provide evidence in various forms, such as invoices, price lists, catalogues or other such items. As regards the presentation document written by Mr Hans-Jürgen Wildau and dating from 2003, Biotronik does not contest that the document was intended for in-house purposes only and does not demonstrate that the ‘CardioMessenger’ device was placed on the market in Germany in 2003

Lastly, the Board of Appeal found that the statement which Biotronik had submitted, for the first time before the BoA did not sufficiently compensate for the lack of evidence of genuine use of the earlier trade mark.

Sharing on Social Media? Use the link below...
Perm-A-Link: https://www.marques.org/blogs/class46?XID=BHA3428