In Case T-514/11, the conflict was between the following parties:

The relevant public consist of the public at large. With respect to the earlier mark, part of the relevant public will understand that mark as referring to the English concept corresponding to the expression ‘be twin’ (being or be double/twin). As OHIM observes, it cannot be ruled out that part of the English-speaking public might see the letter ‘b’ followed by an apostrophe as being the equivalent of the English verbal element ‘be’ (being or be). Moreover, the word ‘twin’ (twin/double) will be easily understood. Lastly, the figurative element, which cannot be overlooked, is conducive to such an understanding of the mark, since the image of a bicycle brings to mind the concept of two wheels, and thus of duality. Moreover, with respect to the mark applied for, it is entirely plausible that a not insignificant part of the relevant public will break down the term ‘betwin’ into the elements ‘be’ and ‘twin’, which have a specific meaning and resemble known words.As to the question that the public will identify BETWIN as descriptive for services designed to offer bets or games played for money, as OHIM rightly observes, none of the goods covered by the marks at issue in the present case necessarily falls within that type of services.

Accordingly, the Board of Appeal was right to find that there exists between the marks at issue phonetic identity and visual and conceptual similarities which are not counterbalanced by visual dissimilarities.

With respect to the comparison of the goods, the Board of Appeal noted that the parties had not contested the Opposition Division’s conclusion, namely the goods in Classes 25 and 28 are identical or similar. 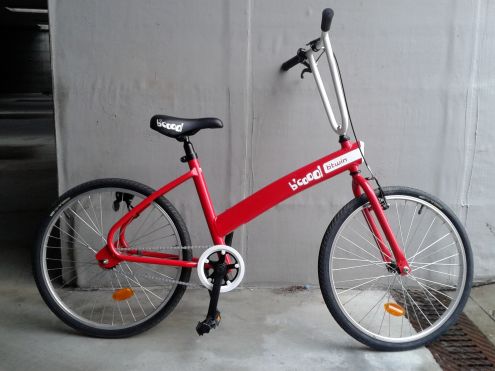 The Court however annulled the contested decision finding that even if between certain ‘gymnastic and sporting articles’, on the one hand, and certain toys, games and playthings, on the other, a link can be drawn in so far as certain sporting articles can be used for games and certain games can also be sporting articles, such an assumption does not call in question the fact that the intended purpose of those two categories of goods is essentially different. Even if, by their nature, those two categories of goods are meant to entertain the public, they also serve other purposes. As the applicant rightly submits, gymnastic and sporting articles are intended to train the body through physical exercise, whereas toys, games and playthings are intended first and foremost to entertain their users. Further, categories of goods are generally manufactured by specialist undertakings and are sold in specialist stores.

Sharing on Social Media? Use the link below...
Perm-A-Link: https://www.marques.org/blogs/class46?XID=BHA3263