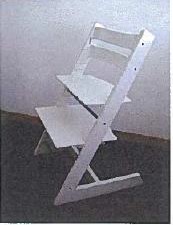 Since the early 1970s the Norwegian company Stokke has been manufacturing and marketing high chairs named TRIPP TRAPP, designed by Peter Opsvik. Previous Danish Supreme Court decisions had found that the chair enjoyed copyright protection as a work of applied art. Since 2004 its chair had also been registered as a 3D trade mark in Denmark.

These earlier cases concerned high chairs which Stokke considered to be confusingly similar to its own chairs. In infringement proceedings Stokke had obtained interim injunctions against marketing of the defendants’ chairs.

In all these cases the Maritime and Commercial Court -- Denmark's first instance the trial court -- had found for the defendants and thus dismissed the claim that the defendants' chairs were confusingly similar to Stokke’s. 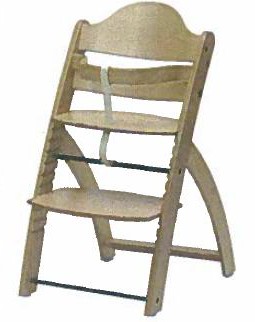 In the most recent cases, Stokke AS and Peter Opsvik v Jysk A/S, Schou Company A/S and Jan Bøgh, Maritime and Commercial Court June 4th, 2013, cases V-127-10, V-75-11 and V-9-12, the Court stated that there was no doubt that Stokke’s chair was protected as copyright and as a3D trade mark. The Court further stated that the Supreme Court, in a decision going back to 2001, had established that the characteristic by the TRIPP TRAPP chair is known and defined are in part the straight lines and the very austere form, in part the use of the “L-form” for the side rails and the horizontal legs.

With regard to one of the chairs (named Steve, depicted left) the majority of the judges found that the characteristic of the TRIPP TRAPP chair which also appears in the Steve chair is the constructive idea which is for free use, whereas the L-shape and the horizontal legs were not repeated but rather formed an upturned “Y” and that there were other differences. The majority of judges consequently found that the Steve chair was sufficiently free from the characteristics of the TRIPP TRAPP chair for it not to constitute copyright infringement. The fact that the TRIPP TRAPP chair was registered as a 3D trade mark could not lead to another result as there was no close imitation.

As to another of the chairs all judges (right), the Court stated the same arguments as above and added that, even though there were constructive likenesses between the chairs, these likenesses were functional and thereby did not change the conclusion that there was no close imitation.

The judgments are interesting as the Danish market for high chairs had for quite a few years been more or less distorted due to the fact that Stokke had been successful in several court decisions in pursuing competitors which were marketing high chairs which, in the perception of the informed user, could not be mistaken for being TRIPP TRAPP chairs.

Source: Mads Marstrand-Jorgensen, MAQS Law Firm, Copenhagen, Denmark. Christina Wiesner, who joined MAQS as a partner at the beginning of May, represented Jysk in these proceedings.

Sharing on Social Media? Use the link below...
Perm-A-Link: https://www.marques.org/blogs/class46?XID=BHA3258