Electronic cigarettes may be the latest method to quit smoking, but in Case T-580/11 the General Court had to review the conflict between two brands protecting original devices for fighting tabacco addiction.

McNeil AB (Sweden), filed a notice of opposition based on the earlier word CTM NICORETTE registered for identical goods in Classes 5, 10 and 30. 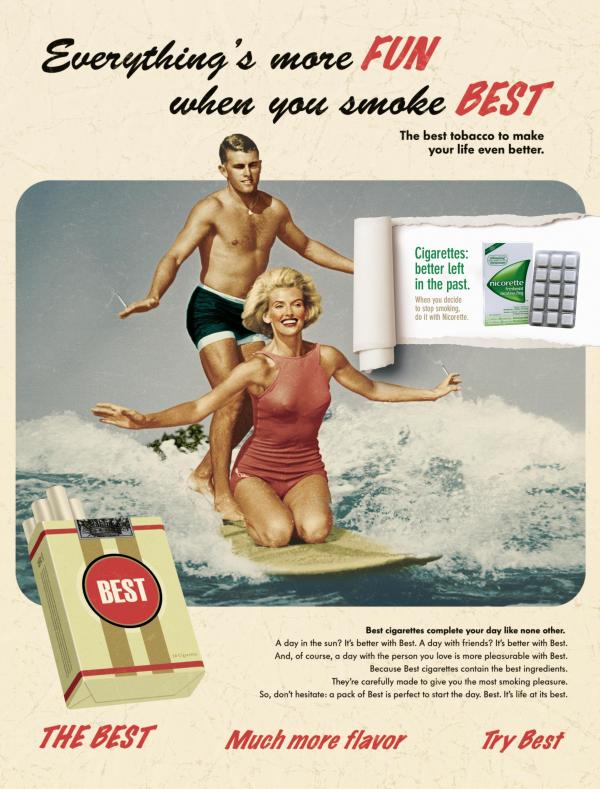 The Second Board of Appeal of OHIM annulled the Opposition Division’s decision and rejected the opposition in its entirety. As regard whether there was a likelihood of confusion between the marks at issue, the Board held (i) that the relevant public was composed of professionals and end consumers of pharmaceutical preparations, (ii) that the goods in question were identical, (iii) that having regard to the weak distinctive character of the common element ‘nico’, placed at the beginning of the marks at issue, the attention of the relevant public would be drawn to the end of each of the marks and, finally, (iv) that the visual and phonetic differences between those marks outweighed their similarities. The Board thus held that the marks at issue were not similar and consequently concluded that, even if the earlier mark had enhanced distinctiveness, there was no likelihood of confusion between them. With regard to the reputation of the earlier mark, the Board of Appeal held that, as the marks are not similar, it was not appropriate to apply the provisions of Article 8(5) of Regulation No207/2009, concerning protection of a mark with a reputation.

The General Court annulled the contested decision, finding contrary to the Board of Appeal that the attention of the relevant public will not be drawn to the elements ‘ette’ and ‘ono’, placed at the end of the marks at issue. Despite its weak distinctive character, the element ‘nico’ is likely to attract the attention of the relevant public at least as much as the elements ‘rette’ and ‘rono’ because of its length and position at the beginning of the marks at issue. The marks at issue are conceptually similar, from the point of view of the relevant public, because of the identical element ‘nico’, the only element with a clear and definite conceptual content and thus are overall similar. Therefore, there is a likelihood of confusion according to Article 8(1) b) CTMR. Posted by: Laetitia Lagarde @ 10.48
Tags: General court, Nicorono, nicorette, chewing gum, smoking, quit,

Sharing on Social Media? Use the link below...
Perm-A-Link: https://www.marques.org/blogs/class46?XID=BHA3252