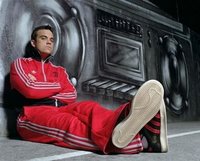 The Dutch Hoge Raad (Supreme Court) had asked the Court of Justice to rule in this case on whether a simple pattern like the three stripes, which is protected mainly because of the reputation it has achieved among consumers, enjoys the same protection as patterns that are more inherently innovative, or whether one should take into account the need to keep its underlying non-innnovate element free for use by competitors too.

This is not the first time adidas has been to the European Court of Justice. In 2000 that Court ruled that the "mere possibility" of confusion with a rival's stripes was not enough to support a claim of trade mark infringement. In 2003 the same tribunal ruled that there was no breach where a competitor's two-stripe pattern on sports clothing was viewed by consumers as "purely as a decorative motif". 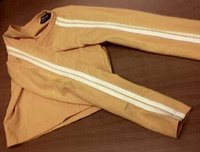 So what happened in this case? In 1997 H&M sold two-stripe outfits in shops in the Netherlands, bearing a H&M Work Out label on the neck side of the shirt and also on the inside back of the shorts. adidas brought summary proceedings before the District Court in Breda, arguing that H&M infringed its three stripes Benelux trade mark registration. Ruling in adidas’ favour, the judge ordered H&M to stop using adidas' trade mark and similar signs, with heavy penalties for as long as H&M failed to do so.

Following the ruling of the European Court of Justice in Case C-251/95 Puma/SABEL - which indicated that the criteria for confusion-based liability in trade mark infringement were narrower than those previously applied in the Benelux, H&M appealed to the Court of Appeal in ‘s-Hertogenbosch. In 1999 that court rendered an intermediary decision, observing that in its opinion there was no risk of confusion between the three stripes trade mark and the two stripes sign used by H&M on the Work Out clothing. However, the Court hesitated to come to a final decision of non-infringement, because it could be that according to European trade mark law the old Benelux criterion of risk of association (which is broader than with the risk of confusion criterion as formulated in Puma/SABEL) might should be applied in respect of well known trade marks (of which the three stripes trade mark might be an example).

The case was eventually appealed to the Hoge Raad, which was invited to consider the issue of Freihältebedürfnis (the need to keep a mark free for use by all). In 2007 the Hoge Raad sent three questions of interpretation to the European Court of Justice:

(i) In the determination of the extent to which protection should be given to a trade mark formed by a sign which does not in itself have any distinctive character or by a designation which corresponds to the description in Article 3(1)(c) of Directive 89/104/EEC, but which has become a trade mark through the process of becoming customary and has been registered, should account be taken of the general interest in ensuring that the availability of given signs is not unduly restricted for other traders offering the goods or services concerned (the requirement of availability)?

(ii) If the answer to Question 1 is in the affirmative: does it make any difference whether the signs which are referred to therein and which are to be held available are seen by the relevant public as being signs used to distinguish goods or merely to embellish them?

The Opinion of Advocate General Damaso Ruiz-Jarabo Colomer, delivered on 16 January 2008, is still available only in 16 of the EU's official languages -- excluding English. What he actually said (French version) was this:

In brief, the Advocate General appears to have advised the Court of Justice that, in certain cases Freihaltebedürfnis should be taken into account when establishing the scope of protection of a trade mark. This would make it unncessary to investigate the thesis that courts should investigate the distinctiveness of a trade mark during infringement proceedings on the basis that the Adidas trade mark was not properly checked by the trade mark authorities at the time of the registration.

At the time of posting this, the full text of the judgment had not been made available on the Curia website. However, a press release issued by the European Court of Justice this morning states, after summarising the facts:

"THE GENERAL INTEREST IN LEAVING CERTAIN SIGNS AVAILABLE TO ALL DOES NOT RESTRICT, AS SUCH, THE EXCLUSIVE RIGHTS OF A TRADE MARK PROPRIETOR

The trade mark proprietor cannot, however, prohibit third parties from using descriptive indications, provided that such use is fair

Adidas brought an action before the Netherlands courts asserting its right to prohibit the use by any third party of an identical or similar sign which would cause confusion. Marca Mode and others submit, on the other hand, that they are free to place two stripes on their sports and leisure garments for decorative purposes. They rely on the requirement of availability (stripes and simple stripe motifs are signs which must remain available to all) in order to use the two-stripe motif without the consent of adidas.

The Hoge Raad der Nederlanden (Supreme Court of the Netherlands), before which the case was finally brought, raises the question of the scope of protection of the trade mark at issue. The Hoge Raad asks the Court of Justice of the European Communities whether the requirement of availability is an assessment criterion for the purposes of defining the scope of the exclusive rights of the trade mark proprietor.

In its judgment delivered today, the Court finds, first, that the requirement of availability of certain signs is not one of the relevant factors taken into account in the assessment of the likelihood of confusion. The answer to the question as to whether there is that likelihood must be based on the public’s perception of the goods covered by the mark of the proprietor on the one hand and the goods covered by the sign used by the third party on the other. The national court must determine whether the average consumer may be mistaken as to the origin of sports and leisure garments featuring stripe motifs in the same places and with the same characteristics as the stripes motif of adidas, except for the fact that they consist of two rather than three stripes.

Secondly, the Court turns its attention to the specific protection granted to trade marks with a reputation. It notes that the implementation of that protection does not require the existence of a likelihood of confusion between the sign and the mark. The mere fact that the relevant section of the public establishes a link between the two is sufficient. Since the requirement of availability is extraneous both to the assessment of the degree of similarity between the mark with a reputation and the sign used by the third party and to the link which may be made by the relevant public between that mark and the sign, it cannot constitute a relevant factor for determining whether the use of the sign takes unfair advantage of the repute of the mark.

Finally, the Court states that, even though the proprietor of a trade mark cannot prohibit a third party from using descriptive indications in accordance with honest practices, the requirement of availability does not constitute in any circumstances an independent limitation of the effects of the trade mark. In order for a third party to be able to plead the limitations of the effects of a trade mark contained in the directive on trade marks and to rely on the requirement of availability, the indication used by it must relate to one of the characteristics of the goods. The purely decorative nature of the two-stripe sign pleaded by the companies in question does not give any indication concerning one of the characteristics of the goods".

Now the case must return to the Dutch Hoge Raad for its final resolution in the light of this ruling.

Sharing on Social Media? Use the link below...
Perm-A-Link: https://www.marques.org/blogs/class46?XID=BHA324