In Case T-413/11, Welte-Wenu GmbH (Germany) had registered the following figurative mark EUROPEAN DRIVESHAFT SERVICES for goods in Classes 7 and 12.

The European Commission brought a cancellation action on the grounds that the mark had been registered in violation of Article 7(1) (h) CTMR because the CTM was a representation from an heraldic point of view in the sense of Article 6 ter of the Paris convention reproducing the signs hereafter which have been officially adopted as symbols of the EU in 1985 as it emerges from the WIPO database. 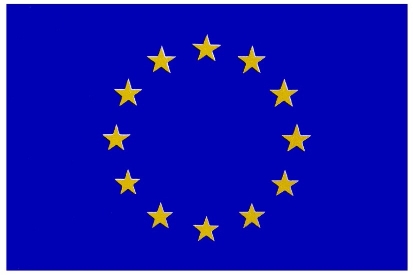 The Cancellation Division rejected the action on the grounds that the EC had not sufficiently demonstrated the likelihood that the relevant consumer would associate the protected goods with the EU institutions. The Board of Appeal annulled the CD decision and cancelled the contested CTM on the grounds, among others, that the EC had produced evidence of a European directive 2007/46 “Establishing a framework for the approval of motor vehicles and their trailers, and of systems, components and separate technical units intended for such vehicles” and therefore such a link between the EU and the contested goods could not be discarded.

The General Court upheld the ruling in its ratio decidendi part (cancelled partly the decision regarding the attribution of costs). It found that the EU flag description was reproduced in the contested CTM, namely “on a blue background, a circle composed of 12 stars with 5 arms which do not touch each other” (see Case T-127/02 “ECA”)- the slight difference in the blue color is not substantial. The BoA had added as obiter dictum that although the EU is not a State from the international law perspective, it pursues such activities and regulations, so that the contested CTM could have been refused also on the grounds of Article 7(1) f) and i) CTMR.

Further in particular, for “spare parts and change parts” goods , the consumer could be misled, upon seeing the EU flag, that these goods are complying with European norms. Therefore there is a risk that the consumer may associate the contested CTM and its applied for goods, as emanating from EU institutions or at least being manufactured and sold under EU warranty. The word “European” only accentuates this probability.

Sharing on Social Media? Use the link below...
Perm-A-Link: https://www.marques.org/blogs/class46?XID=BHA3155