The turmoil of legislative reforms in Greece, over the past years, has not left the procedure before the Greek Council of State, the country’s supreme administrative court – competent to hear final appeals on points of law for among others, trademark registration and validity cases, unaffected. Under Law No. 3900/2010, in effect as from 1 January 2011, final appeals before the Council of State shall not be admissible unless (a) the court has not yet ruled on the particular issues raised, or (b) the lower court’s judgment has contravened the Council of State’s jurisprudence on the relevant issues. 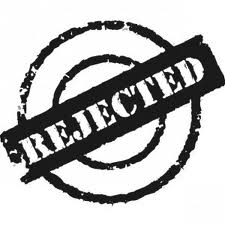 The architecture of this new system is that the Council of State the Supreme Court decides 'in chambers' whether the final appeal fulfills the above criteria will proceed to be heard. If it decides to reject it, the appellant can still file a petition to have the final appeal heard either way, although it appears that the chances of it actually being accepted are slim.

This restriction, which came about in an effort to deal with the backlog of cases before the administrative courts, is obviously problematic, as it largely prohibits the change in the case law of the Council of State, raising, in parallel, serious issues of constitutionality and violation of the right to a fair trial.

In terms of Greek trademark law, issues such as proper application or interpretation of the legal rules - criteria of confusing similarity, or the scope of protection of a famous trademark, have routinely been the subject-matter of final appeals before the Council of State, the case law of which is not always clear. In theory, this could still provide trademark practicioners with ammunition (and a way out of the restriction) on the issue of an allegation that lower court has run against the jurisprudence of the Council of State.

It remains to be seen whether such first decisions are the result of the court catching practicioners off guard and/or lack of familiarization with the requirements of the new law or whether the Council of State will indeed shape the above admissibility rule to a “no final appeal” barrier. The readers of this blog may not be aware that in the past Greece had some tough time before the European Court of Human Rights, on account of its civil and criminal court of cassation’s (Areios Pagos) unjustifiably strict jurisprudence on final appeals admissibility, which had even been regarded as contra legem.

Sharing on Social Media? Use the link below...
Perm-A-Link: https://www.marques.org/blogs/class46?XID=BHA3089