In Case T-136/11, Pelikan Vertriebsgesellschaft mbH&Co. KG (Germany) had registered the figurative CTM represented under for a large list of services within classes 35 and 39 in 2008:

Pelikan was also the owner of the following CTM, registered in 1996, which was revoked in parallel proceedings for non-use in 2010 by OHIM Board of appeal for the services in Classes 35 and 39.

In the present case, the Applicant for invalidity Pelicantravel.com s.r.o. (Slovakia) had applied for cancellation on the grounds that the more recent CTM had been filed in bad faith because it amounts to a repeat application intended to prevent loss of the rights attaching to the earlier CTM which had not been actually used.

On the first issue to consider whether the two CTM’s were identical, the differences between those marks – ‘a different font, a somewhat different “pelican” and a different amount of chicks’– are insignificant in that the contested CTM ‘differs in elements that do not alter the distinctive character of [earlier CTM]’. However, according to case-law (Case C-529/07, ‘Lindt’), this does not automatically mean that the second application is a (repetitive) application made in bad faith.

Further, OHIM and the GC looked at evidence submitted, among which the extract from Pelikan’s 2003 annual report reveals that it was on the 125th anniversary of the creation of its mark PELIKAN that Pelikan decided to modernise that mark and consequently decided to file the contested CTM. The evolution over time of a logo intended as the graphic representation of a mark constitutes normal business practice, only the proprietor can assess whether it is reasonable and meaningful to seek registration of a CTM which differs from its earlier rights. 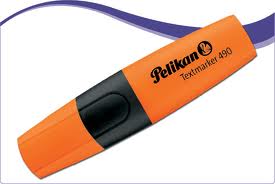 Finally, there is a presumption that a sign is filed in good faith until proof to the contrary is adduced. Although the Applicant contends that Pelikan does not currently provide services to third parties and has not done so since 1998, it has not produced any evidence to show that the application for the CTM for the services in Classes 35 and 39 was bogus and made no commercial sense for Pelikan. Although the list of services had been updated and is more large than the previous one, it is conceivable that Pelikan decided to direct its commercial policy towards services in which it was interested or which might interest it in the near future.

The GC thus rejected the Applicant for invalidity’s argument that the contested CTM was at least partially a ‘blocking, speculative’ trademark because ‘pelikan’ is a word frequently used for trading purposes by numerous businesses. The filing of applications for declarations that the Applicant’s Slovakian trade marks are invalid constitutes the legitimate exercise of Pelikan’s exclusive right, attaching to the registration of the contested CTM and cannot in itself prove any dishonest intent on Pelikan’s part nor is the large list of services contrary to honest business practices.