In Case T-404/10, the National Lottery Commission (UK) obtained the registration for the following figurative CTM for goods and services registered in Classes 9, 16, 25, 28 and 41 (below left):

Mediatek Italia Srl and Giuseppe De Gregorio (Naples, Italy) filed an application for a declaration that the contested mark was invalid, on the basis of Article 53(2)(c) of CTMR in the light of the copyright, pre-dating the contested mark in the following figurative sign (‘the “mano portafortuna”’) (represented right):

–the protection provided for under Article 2575 et seq. of the Codice civile (Italian Civil Code) and under the Legge sul diritto d’autore (Italian Law on copyright) could apply to the humorous representation of a smiling hand, in that it has a minimum degree of creativity;

–sufficient evidence of the existence of copyright was provided through the submission of the photocopy of an agreement, dated 16 September1986, under which a third party purporting to be the author of the ‘mano portafortuna’ assigned to one of the applicants for a declaration of invalidity his rights to reproduce and use that work or to reproduce and use other drawings appended to the agreement (‘the 1986 Agreement’);

Pursuant to Article 221 of the Italian Code of Civil Procedure the 1986 Agreement constitutes proof of the provenance of the statements of the parties to that agreement pending proceedings before the Italian courts, challenging it as a forgery. On that basis, the Board of Appeal found that it was competent only to examine the content of the 1986 Agreement and that the existence of copyright in the ‘mano portafortuna’ prior to the contested mark could reasonably be inferred from that.

However, the General Court opposed the findings of the BoA and held that it cannot validly be found that an ‘agreement confirming assignment’ had been signed in the presence of a notary on 4August 2008, confirming the clauses laid down in the 1986 Agreement – is capable of authenticating the signatures of the parties to the 1986 Agreement for the purposes of Article 2703 of the Italian Civil Code. Such an assumption, which would mean that an agreement signed in 1986 was enforceable against third parties by virtue of the intervention of a notary almost 22years later, is in direct contradiction with the terms of Article 2703, under which authentication consists in attestation by a public official that the signature has been written in his presence.

Therefore, it found thatthe anomalies referred to by the National Lottery Commission (the mention of an incorrect date in relation to the maximum duration of the copyright protection; the error in the date of the post office stamp, the difference in artistic quality between the ‘mano portafortuna’ and the other drawings appended to the 1986 Agreement) gave grounds for doubting the veracity of the content of that agreement; 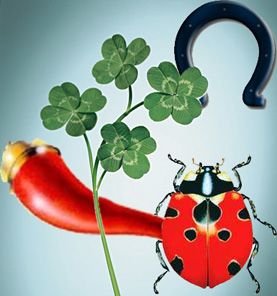 Without it being necessary to consider the merits of those findings by the Board of Appeal, it is sufficient to note that they could have been affected by the misinterpretation of Italian law. Accordingly, the 1986 Agreement did not necessarily constitute proof of the provenance of statements made therein.

In conclusion, in finding that the Invalidity applicants had shown the existence of an earlier right, the BoA based its approach on a misinterpretation of the national law governing copyright protection and that that error may have had an effect on the content of the contested decision.

Consequently, the plea alleging infringement of Article 53(2)(c) of CTMR must be upheld and the contested decision must be annulled.

Sharing on Social Media? Use the link below...
Perm-A-Link: https://www.marques.org/blogs/class46?XID=BHA2972