The opposition was based on an earlier international figurative mark which produces effects in Germany, Spain, France, Italy, Austria and the Benelux countries, for the goods in Class 32:

Having been requested to provide proof of genuine use of the earlier mark, the opponent stated that it was maintaining the opposition only in respect of the German part of the international registration and submitted a number of documents by way of proof of use in Switzerland. It relied on Article 5 of the Convention of 13 April 1892 between Switzerland and Germany on the reciprocal protection of patents, designs and trademarks (‘the 1892 Convention’). According to that convention, use in Switzerland is tantamount to that in Germany.

The OHIM rejected the opposition stating that the only relevant legal framework was that of Regulation No 207/2009 and more specifically of Article 42(2) and (3) of that regulation, according to which the earlier mark must have been put to genuine use in the Member State in which it is protected.

The opponent appealed to the General Court claiming that As the 1892 Convention is an integral part of German law, the international mark, the protection of which extends to Germany, should be assessed only in accordance with that law. It follows, according to the applicant that, as regards the assessment of the proof of use, the relevant territory extends to Switzerland.

Moreover, the opponent also casted doubt on whether proof of genuine use may be requested under Article 42(2) and (3) of Regulation No 207/2009 as regards an international mark.

It is apparent from the relevant provisions that questions relating to the proof furnished in support of the grounds for opposition to an application for registration of a Community trade mark and questions relating to the territorial aspect of the use of marks are governed by the relevant provisions of Regulation No 207/2009 and it is not necessary to refer to any provision of domestic law of the Member States. 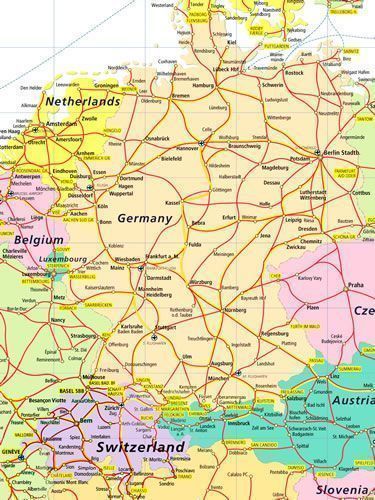 It is true that, in the absence of relevant provisions in Regulation No 207/2009 or, where appropriate, in Directive 2008/95/EC of the European Parliament and of the Council of 22 October 2008 to approximate the laws of the Member States relating to trade marks, national law serves as a point of reference.

However, in this case as regards the determination of the territory in which use of the earlier mark must be established, that question is exhaustively governed by Regulation No 207/2009 and it is not necessary to refer to national law. Thus the national law is of no relevance in the present case, the opponent's reference to the statement of reasons for the amendments to the Patentgesetz (German Law on patents), the Markengesetz and other Laws as regards the applicability of the 1892 Convention and the transposition of Directive 89/104 into German law, have no bearing on the outcome of the present case. The same is true of the case-law of the Bundesgerichtshof (Federal Court of Justice, Germany) relating to national legal interpretations.

Therefore, the doubt expressed by the opponent concerning the applicability of Article 42(3) of Regulation No 207/2009 to international marks is not justified.

Consequently, it must be held that the Board of Appeal could lawfully reject the opposition in the absence of proof of genuine use of the earlier mark in Germany in accordance with Article 42(2) and (3) of CTMR.

Sharing on Social Media? Use the link below...
Perm-A-Link: https://www.marques.org/blogs/class46?XID=BHA2931