the CTMR on the basis of its earlier rights, among others : national, international word marks and trademanes COSMOPOLITAN, COSMO, COSMO TEST, with effect in UK, France, Spain, Italy, Germany and Austria as well as figurative marks for goods and services in Classes 16, 25, 38, 39 and 41

The OHIM and the General Court held that the opposition must fail, even if the earlier signs possessed ‘enhanced distinctiveness through reputation or extensive use’, or were well known within the meaning of Article 8(2)(c) CTMR.

First, the markets and their respective consumers did not overlap so the mark applied for would not be perceived as forming part of a series of marks owned by the applicant. 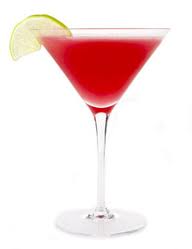 Second, the Office and the Court carried out a comparison between the mark applied for and the various earlier rights. Conceptually, it was impossible to carry out a comparison of the signs at issue in Germany, where they would have no obvious meaning and be perceived as fanciful. On the other hand, in the United Kingdom, the earlier sign had a meaning, namely, that of a person who ‘is worldly and familiar with other places and customs’. That conceptual difference would heighten the dissimilarity of the signs. Lastly, in Spain and France, the sign applied for would evoke the idea of ‘cosmic beauty’, while the earlier sign would also be perceived as describing a person who ‘is worldly and familiar with other places and customs’. Therefore in those countries, the distance between the signs was increased because of their conceptual differences. Further, it has not been demonstrated that the initial part of the marks at issue, namely ‘cosmo’, constitutes their dominant element; the term ‘belleza’ (which means “beauty” in Italian) will not be understood by most of the relevant public.

Thus, the GC found that the earlier signs, taken overall, and the mark applied for were dissimilar and there could be no likelihood of confusion.

Sharing on Social Media? Use the link below...
Perm-A-Link: https://www.marques.org/blogs/class46?XID=BHA2873