In case T-242/11, the General Court confirmed the decision of the Second Board of Appeal of OHIM which upheld the examiner’s decision to refuse to register the sign

on the ground that the sign 3DeXam was, for the goods claimed, descriptive, for the purposes of Article 7(1)(c) of Regulation No 207/2009 and devoid of any distinctive character, within the meaning of Article 7(1)(b) of that regulation.

The Board of Appeal found that the mark applied for consists of an English term, and therefore the focus in this case will be on English‑speaking consumers in the Member States of the European Union. 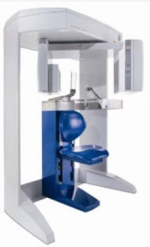 Next, the Board of Appeal found that the two elements making up the sign 3DeXam are individually descriptive in respect of X-ray apparatus for dental purposes. Although the element ‘3d’ is a commonly used abbreviation of the word ‘three-dimensional’, and not only in English, the word ‘exam’ is either an English word which means ‘medical test of a specified kind’, or it could be seen as an abbreviation of the word ‘examination’, which means ‘detailed inspection or study such as a medical examination’.

With respect to those two elements, considered as a whole, the Board of Appeal found that the relevant specialist public would perceive the expression ‘3d exam’, in relation to the goods covered by the mark applied for, as an abbreviation of a dental X-ray examination in 3D.

With respect to the lack of distinctive character, for the purposes of Article 7(1)(b) of CTMR, the Board of Appeal stated that, in relation to the goods covered by the international registration (X-ray apparatus for dental purposes), the relevant public will understand the expression ‘3d exam’ as referring, as a whole and in general, to an X-ray examination in three dimensions. It added that there is no additional element which allows the view to be reached that the combination, created by the components ‘3d’ and ‘exam’, is unusual or might have its own meaning, which distinguishes the goods designated by the international registration from those of a different commercial origin. It follows that the mark 3D eXam does not possess distinctive character for the purposes of Article 7(1)(b) CTMR.

Sharing on Social Media? Use the link below...
Perm-A-Link: https://www.marques.org/blogs/class46?XID=BHA2783