In case T-291/09, Mr Giulio Gambettola had applied for the registration at the Spanish Patent & TM Office (OEPM) in June 1994 and in 2002 filed for a CTM for the following figurative mark:

In October 1994, the Invalidity applicant Carrols Corp. applied to register this mark

Pollo Tropical is a chain of restaurants implemented mainly in Florida and a few other locations on the East coast and South American countries mainly in the Caribbean area – inspirated recipes where the chicken gets its flavors. 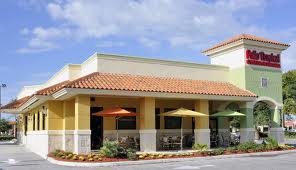 In 2007, the US applicant filed for an application of invalidity based on likelihood of confusion with the UK mark (art. 53 (1) (a) CTMR) which ground was rejected because no proof of genuine use was adduced(nor a valid reason for lack thereof). The main object of the appeal before the GC is the ground of invalidity referred to in 52(1) (b) that the CTM application had been made in bad faith.

The Cancellation Division, as confirmed by the First Board of Appeal, held that Carrols Corp had not made out proof of bad faith which had to be established at the relevant time of filing the CTM in 2002.

The Court examined the contested decision in the light of governing case-law as to the concept of bad faith, Case C-529/07 (‘Lindt’) and dismissed the appeal taking into consideration the following factors and reasoning:

- Carolls submitted that there was obvious bad faith due to Mr Gambettola ‘s attempt on several occasions since 2005 to sell his rights to the applicant for exorbitant amounts, the possession of a single pizzeria in a village on the Canary Islands (Spain), which has been in the same condition since 1990 and operating under the sign Pizzeria Giulio ; the lack of a legally appropriate structure to extend or make a business international; the total failure to open a satellite establishment in 20 years; and the creation of a fictitious use of the mark Pollo Tropical CHICKEN ON THE GRILL under the domain name www.pollotropicaleuropa.com

In that respect, the date of filing the registration application for the Spanish mark should be also taken into consideration because there was a continuity or ‘commercial trajectory’ uniting the Spanish and CTM marks. However, the Board rightly held that whether bad faith was established in 1994 was for the Spanish courts to decide

The Board sufficiently assessed and concluded that applying for a CTM was normal and foreseeable step in its restaurants-sector activities : the Court noted that in this case producing a signed licensing agreement-although never put into practice- was enough to prove the intention to develop its commercial activities

- the applicant’s claim that its American mark was well known on the American market between 1991 and 1994 and between 1994 and 2002 had not been proven in accordance with EU criteria. In particular, there was no third party declaration or independent assessment by an audit firm and the following documents were not sufficient: figures expressed in USD on paper bearing no letterhead, publications in a couple of newspapers, not dated advertising material and menus, ..

Further, there was no slightest evidence establishing a presumption that Mr Gambettola could not be unaware of the existence of the American mark or its well-known character thereof( – which prompts the question of what kind of evidence could be produced ? )

- The email correspondence between the two parties in 2006, in which Mr Gambettola fixed the sale price of the CTM for 5 million$, whilst considerable –as noted by the Court -was not conclusive proof in itself.

- Regarding Carolls’ allegation that the Mr Gambettola had unlawfully appropriated its distinctive sign, the Board of Appeal held that it probably wished to assert ownership of the CTM rather than invalidity, but that such an action could be brought only before the national courts, unless one of the scenarios referred to in 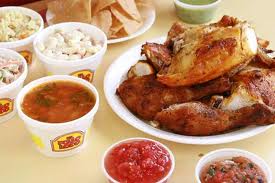 El Pollo Loco, meaning the ‘crazy chicken’, is another well-known chicken restaurant chain from the West coast (HQ in Costa Mesa, California). To the best of my knowledge, there is no TM battle between these competitors– but in the hen house Carolls cleverly has an advantage with the registered slogan ‘It’s time to Pollo!’..

Sharing on Social Media? Use the link below...
Perm-A-Link: https://www.marques.org/blogs/class46?XID=BHA2718