In Judgment T-593/10, the General Court had to examine if there was a likelihood of confusion between the two following marks for identical goods in Class 25: 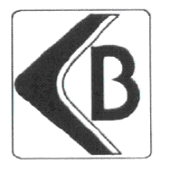 The GC rejected the appeal and agreed with the OHIM that the signs were visually different so as to exclude any risk of confusion for the average EU consumer. In the earlier mark, there is clearly the letter B and the drawing of a boomerang (since the curved part of is wider than the two straight branches) represented below whereas in applied for mark, the figurative element above could be conceived as a ‘B’ or as the number ‘8’ and it not very probable that the drawing under be perceived as a boomerang. The colours vary greatly as well as the orientation of the ‘boomerang’- like figurative element.

The court rejected the argument brought by the Opponent El Corte Ingles that because the CTM application was denominated as ‘B’ before OHIM, the consumer would perceive it as such. The GC, invoking the well-know case law that for Class 25 goods such as ‘clothing’ the visual aspect bears more importance concluded that the consumer will not confuse the marks in conflict.

Sharing on Social Media? Use the link below...
Perm-A-Link: https://www.marques.org/blogs/class46?XID=BHA2713