In Case T-304/09, the battle for who if anybody, can own rights over Basmati for Class 30 ‘long rice’ in Europe, raged in the General Court between Indian and Thai competitors. United Riceland Private Ltd (now Tilda Riceland Private Ltd) from Gurgaon filed an opposition based on the earlier non-registered trade mark or the earlier sign BASMATI, used in the course of trade in relation to rice. It claimed that under Article 8(4) of Regulation No207/2009 it was entitled under the applicable law in the United Kingdom to prevent by means of an action for passing off use of the trade mark applied for.

The Office rejected the opposition and the Board of Appeal in essence held that that the term ‘basmati’ was not a trade mark or sign covered by proprietary rights, but simply the common designation of a variety of rice so the term ‘basmati’ is generic and that the Opponent had not shown that it was the proprietor of the right relied on.

In its appeal, the opponent presented the following claims (i) on the basis of a purely literal reading of Article 8(4) CTMR, the Board wrongly attempted to impose a ‘Community concept of “proprietorship” ‘of the earlier mark or sign relied on; (ii) the Board erred in making a distinction between the ‘extended’ form of passing off in the United Kingdom, upon which the opposition was based, and Article 8(4) of CTMR, which – according to the Board of Appeal – must refer to an exclusive right held by a single trader; (iii) the Board of Appeal erred in requiring that the opponent show ownership of the earlier sign in addition to showing ownership of an intangible right; and (iv) the Board of Appeal erred in finding that the term ‘basmati’ is generic. 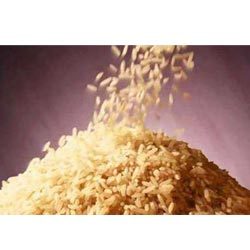 The GC reminded that the opponent must establish, in accordance with the legal rules governing actions for passing off, as laid down by the laws of the United Kingdom, that three conditions are satisfied: the goodwill acquired (that is to say, the attractive force which brings in custom), misrepresentation and damage caused to that goodwill. The Court found that in the contested decision, the Board adopted a seemingly restrictive approach by defining the status of proprietorship of an earlier right independently- without taking into account the ability of the opponent to prevent the use of a trademark.

As regards the assertion made by the Board of Appeal to the effect that the term ‘basmati’ is generic, it follows from national case-law that a sign used to designate goods or services may have acquired a reputation on the market for the purposes of the law applicable to an action for passing off, even though it originally had a descriptive character or is devoid of distinctive character. That ‘extended’ form of the action for passing off, recognised by national case-law, accordingly enables several traders to have rights over a sign which has acquired a reputation on the market. The fact relied on by the Board of Appeal – assuming it to be proved – is not therefore capable, in the light of the national law applicable, of casting doubt on the fact that the opponent may have acquired rights over the sign relied upon.

It follows from all the foregoing that the Board of Appeal erred in rejecting the opposition on the ground that the applicant had not proved that it was proprietor of the sign in question, without analysing specifically whether the applicant had acquired rights over that sign in accordance with the law of the United Kingdom.

Sharing on Social Media? Use the link below...
Perm-A-Link: https://www.marques.org/blogs/class46?XID=BHA2705