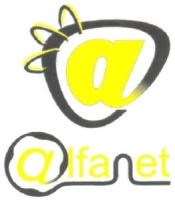 The Polish Patent Office refused to grant the right of protection for the word-figurative trade mark @ @lfanet Z-331247 applied for by @ALFANET Marcin Małolepszy from Borowo Kolonia for for goods and services in Classes 09, 37, 38, 42 and 45.

The PPO decided that the applied trade mark is similar to the word trade mark ALFANET R-145012 registered with the earlier priority for the Polish company ALPHANET sp. z o.o. for services in class 38. The PPO did not agree with the applicant that ALFANET sign has weak distinctive character. Although the ending "net" is not distinctive for services related to the IT industry, but combined with the word "alpha", it creates a neologism, which can be deemed as a fanciful sign.

The Voivodeship Administrative Court in Warsaw in its judgment of 24 June 2011 case file VI SA/Wa 586/11 dismissed the complaint and held that the argument that the applicant relied on is an exception to the rule of inadmissibility of the coexistence of similar signs, and as such can not be broadly interpreted, and it should be applied with caution, taking into account not only the ratio legis, but also the principles provided in the Polish Industrial Property Law, that relate to trade marks and their basic functions. Although the provisions of Article 135 of the IPL, in contrast to previous regulations, do not include the condition that the applied trade mark should not be misleading, but, in the opinion of the Court, the interpretation that would lead to the registration of two identical or similar trade marks for identical goods and/or services, could not be accepted. Posted by: Tomasz Rychlicki @ 09.09
Tags: distinctive character, Polish Act on Industrial Property Law, similarity of services, similarity of signs, trade mark refusal, Voivodeship Administrative Court, Polish Patent Office,

Sharing on Social Media? Use the link below...
Perm-A-Link: https://www.marques.org/blogs/class46?XID=BHA2687