In case T-434/10, the General Court confirmed the likelihood of confusion between the following trademarks for goods in Classes 18 and 25:

As regards the comparison of the signs at issue, conceptually, the term ‘alpine’ is present in both marks and 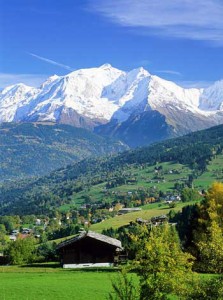 has a clear meaning for the English and French public, that is to say, ‘the Alps’ or ‘relating to the Alps’. The term also has quite close equivalents in other languages of the EU, such as the terms ‘alpino/a’ in Italian, ‘alpin’ in German, or ’alpino/a’ in Spanish, it could also be understood by that section of the public. Therefore, for those members of the public who understand the meaning of that term, the signs at issue are conceptually similar, in so far as they have the dominant element ‘alpine’ in common. With regard to the expressions ‘pro’ and ‘sportswear & equipment’ present in the mark applied for, it must be stated that these will be understood at least by the English-speaking public. Nevertheless, those expressions, the former meaning ‘professional’ or ‘favourable, positive, supportive’ and the latter meaning ‘clothing and equipment for sport’, have a widespread use in the trade context in question. In view of that fact. they are therefore not likely to play a decisive role in differentiating between the signs at issue, as the dominant element of both is ‘alpine’.

Thus, the word element ‘alpine’ is the dominant element and it is present in both of the signs at issue; the dissimilarities between them are insufficient to preclude a likelihood of confusion between those signs.

Sharing on Social Media? Use the link below...
Perm-A-Link: https://www.marques.org/blogs/class46?XID=BHA2669