The partial opposition lodged by Werner & Mertz GmbH based on its earlier German figurative mark BUFALO (registered for, amongst others, “washing and bleaching preparations; cleaning, polishing, scouring and abrasive preparations; soaps, agents for impregnating, cleaning and caring for and preserving items made of leather, plastics and textiles, especially shoes; shoe polish”) was rejected on the grounds that the evidence produced to prove that the prior mark had been put to genuine use was insufficient. 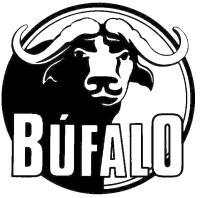 The opponent brought an appeal against the above decision, presenting additional evidence. Subsequently, the OHIM Board of Appeal, exercising its discretionary power, held this new evidence admissible and capable of proving use and, as a consequence, annulled the contested Opposition Division decision.

Action before the General Court

The CTM applicant then brought an action against the Board of Appeal’s decision, claiming 1) that the belatedly produced evidence should not have been held admissible and 2) that in any event the evidence of use submitted was insufficient to prove genuine use.

1) with reference to the belatedly produced documents,

held that the Board

A. was right in finding that it had the necessary discretion to take them into account;

B. had provided sufficient justification for its decision to accept, in view of the circumstances, the evidence submitted for the first time before it, and

C. that the Board’s decision specifically addressed the relevance of the new evidence - not only prima facie as required by the ECJ but also by carrying out a complete examination of the newly filed evidence which demonstrated that the new material did in fact change the outcome of proceedings -, and could correctly decide to accept the material as it clearly was additional evidence aimed at clarifying the extent of use of the prior mark.

In addition, it was not apparent from the documents that the opponent/appellant had any intention of unduly prolonging the proceedings or had been negligent in the presentation of the evidence at first instance.

According to the Court, in “cases where the opponent produces relevant initial evidence within the period prescribed, judging in all good faith that it is sufficient to substantiate its claims, and learns only by the decision of the Opposition Division that that evidence has been deemed insufficient, there is no valid reason preventing the opponent from substantiating or clarifying the content of the initial evidence with additional evidence when it requests the Board of Appeal to carry out a new, full examination of the case”.

2) with reference to the proof of genuine use,

held that the Board of Appeal was right to consider that the assessment of the extent of use should not exclusively rest on the amount of sales specifically indicated in the invoices: e.g., the fact that the invoices submitted did not bear consecutive numbers, and were mainly dated from different months, correctly lead to the conclusion that the opponent/appellant only filed evidence corresponding to examples of sales.

Likewise, the fact that these invoices were addressed to various retailers showed that the extent of use was sufficiently widespread to amount to a real and serious commercial effort, and that it was not a mere attempt to simulate genuine use by always using the same distribution channels.

Sharing on Social Media? Use the link below...
Perm-A-Link: https://www.marques.org/blogs/class46?XID=BHA2653