In Case T- 232/10, the General Court confirmed that the Soviet Coat of Arms cannot be registered as a CTM on 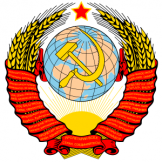 The Board of Appeal had found first that the mark applied for consisted of an exact representation of the coat of arms of the former Union of Soviet Socialist Republics (USSR).

Relying on legislation and administrative practice in Hungary, Latvia and the Czech Republic, the BoA held that symbols connected with the former USSR would be seen as contrary to public policy and to accepted principles of morality by a substantial section of the relevant public, namely the general public living in the part of the European Union which had been subject to the Soviet regime.

Therefore, the mark applied for iscontrary to Article 7(1)(f) of Regulation No207/2009 (CTMR), at least as far as Hungary and Latvia were concerned.  Further, it is apparent from Article 7(2) of CTMR that, for a sign to be refused registration, it is sufficient that that sign is found to be contrary to public policy or to accepted principles of morality in only one Member State.

The applicant claimed before the Court that, unlike the swastika, the political connotation of the coat of arms of the former USSR has been diffused and transformed into a provocative one, connected with the concept of the avant‑garde, so that the mark applied for has acquired ‘a new distinctiveness’. Moreover, the mark applied for has not been banned in any EU Member State, the Commission having moreover rejected in 2005 a demand for a general ban on communist symbols.

The Court rejected all the arguments noting that it is apparent from Article 269/B of the Hungarian Criminal Code, as interpreted by legal writers and set out in administrative practice, that the Hungarian legislature considered it necessary to ban certain uses of ‘symbols of despotism’, including the hammer and sickle and the five-point red star. That ban, which also covers the use of those signs as trademarks, is accompanied by criminal penalties.

Lastly, the applicant raised the claim that the Hungarian and Latvian law may be contrary to the ECHR. The Court held that it was not competent to appreciate such legality and in any event the provision must be taken into account not by reason of its normative value but as evidence of fact which makes possible an assessment of the perception of the relevant public in Hungary. 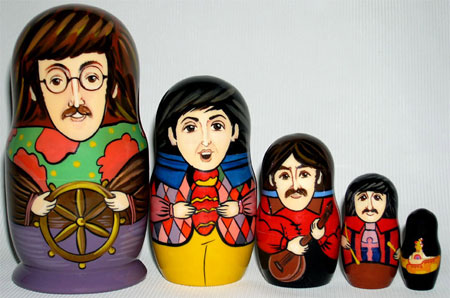 Further, the Court recognized that fundamental rights (Article 6(3) TEU) is a condition of the lawfulness of European Union measures, such as the contested decision, and the Courts of the European Union must ensure that respect.

In that respect, it examined the relevant provisions regarding freedom of expression (Article 10(1) and (2) of the ECHR) and concluded that the applicant puts forward no arguments to show that the refusal to register the mark applied for constitutes an interference with the exercise of the freedom guaranteed by Article 10(1) of the ECHR which does not satisfy the requirements of Article 10(2), whereby exercise of freedom of expression may be subject to certain restrictions. And therefore, in any event, there is no basis for the applicant to rely on the ECHR in this case.

Sharing on Social Media? Use the link below...
Perm-A-Link: https://www.marques.org/blogs/class46?XID=BHA2611