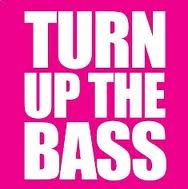 The Presiding Judge of the District Court Amsterdam (W. Tonkens-Gerkema) turned down the bass in summary proceedings (decision of June 24, 2011) for Dutch companies The All Blacks B.V., CNR Music B.V. and Therapist Music B.V. by denying them protection for the trademarked slogan 'Turn Up The Bass' - trademarked in the Benelux in 2001 by The All Blacks and licensed to CNR Music and Therapist Music - against Radio 538 B.V., who used the slogan 'Turn Up The Beach' by Radio 538 B.V. for a dance party on the IJmuiden beach on July 9, 2011. Radio 538 itself had registered 'Turn Up The Beach' as a trade mark in May 2011.

For the decision that 'Turn Up The Bass' is not a trade mark as such, but at the most a descriptive slogan, that the relevant public links with a musical movement from a certain period (around 1988-1993), the Presiding Judge relied on copies of flyers relating to Turn Up The Bass events filed by plaintiffs as evidence of the use of 'Turn Up The Bass'. Besides 'Turn Up The Bass' the flyers contained slogans like ' Pump Up The Jam', 'Can You Feel It' and ' Show Me Love'. The Presiding Judge considered that generally consumers are not used to derive the origin of goods or services from such slogans.

According to the Presiding Judge plaintiffs had also failed to prove that they had used the trade mark consistent and frequent in the period 1993 to 2008. The Presiding Judge held that the amount of events organised by plaintiffs paled into insignificance compared to the large amount of other 'Turn Up The Bass' events (or events that use a similar slogan) exhibited by Radio 538.

There was no evidence or at least not enough convincing evidence that plaintiffs had acted against the 'Turn Up The Bass' cd's and events not originating from plaintiff. Accordingly the Presiding Judge decided that in proceedings on the merits a court might rather conclude that the slogan has become generic, instead of distinctive by use. The Presiding Judge clarified in this respect that even in a radioshow of one of the plaintiffs (and its owner) and for events organised by them, for which 'Turn Up The Bass' was used, the relevant public could not see nor know that this was use of the trade mark of The All Blacks.

Sharing on Social Media? Use the link below...
Perm-A-Link: https://www.marques.org/blogs/class46?XID=BHA2466