16PF is the abbreviation of ‘16 personality factors’ and designates a behavioural test developed by Dr Cattell which refers to a specific questionnaire, considered to be one of the leading questionnaires in personal assessment and which is copyrighted. 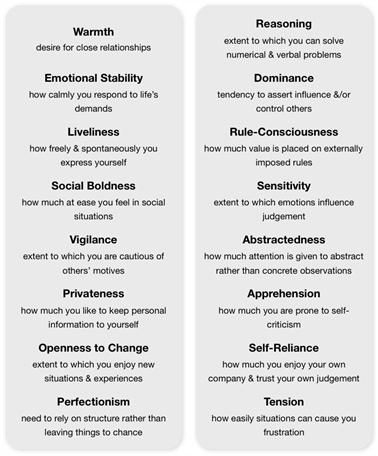 The OHIM and the GC found that none of the provisions of Article 7(1) of CTMR invoked was applicable since the sign in question was sufficiently distinctive, was not descriptive and had not become customary. In this respect, the references to ‘16PF’ in scientific publications are not relevant because they are not equivalent to use in business circles, in other words to use in the context of a commercial activity for the purposes of an economic advantage, and do not prove, given their scientific nature, that 16PF had become customary in the current language.

It also found that no act of bad faith, within the meaning of Article 51(1)(b) of CTMR had been proved, alleged by the Cancellation Applicant because it monopolises a ‘generic scientific theory’ . This argument was rejected on the grounds that registration of a trade mark for particular goods and services in the course of trade does not operate so as to prevent third parties from researching, discussing or developing a scientific theory, no matter how the theory is referred to.

Sharing on Social Media? Use the link below...
Perm-A-Link: https://www.marques.org/blogs/class46?XID=BHA2411