Carmen March Juan is a Spanish designer, whose recent victory in the General Court of the European Union, 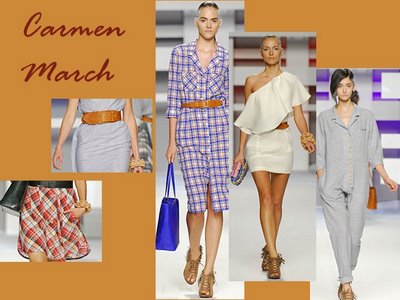 was unfortunately not necessary anymore to pursue her profession (click here for Adiós Carmen).

In case T-433/09, the Opposition Division had rejected the opposition between TILA MARCH and earlier Spanish trademark CARMEN MARCH; the second Board of Appeal annulled the decision, which was confirmed by the GC.

The contested CTM was rejected on the grounds of Article 8 (1) b) CTMR for identical goods in classes 3, 18 and 25. For the Spanish consumer, Carmen is a popular first name followed by the last name ‘March’- although not a very common one- will be perceived nonetheless as such by the relevant public. Although Tila has a meaning in Spanish, referring to a kind of tea (line blossom), the more distinctive element remains MARCH. Thus for the goods in question, the consumer will perceive both trademarks as names of persons belonging to the same designer family, and create a visual, phonetic and conceptual similarity sufficient to create likelihood of confusion.

Sharing on Social Media? Use the link below...
Perm-A-Link: https://www.marques.org/blogs/class46?XID=BHA2389