In Judgment T-455/09, the Court had to deal with the subtle issue of time limits calculation at OHIM. In this case, the Opposition Applicant had been notified by fax of the opposition division decision on 15 January 2009, lodged an appeal on 16 March 2009 and filed the statement of grounds on Monday 18 May 2009. The Board rejected the appeal because the grounds had been filed after the time limit expired on Friday 15 May 2009.

The Appellant claimed that it results from Article 60 CTMR read together with Rule 70 (2) of the CTIMR, that the correct starting point for calculating the time limit to file a notice of appeal starts on the day following the notification by fax, in this case 16 January 2009. Further, there is a contradiction to calculate the expiration time limits between Rule 70(2) and 70 (4), and the past conduct of OHIM in calculating the right period. 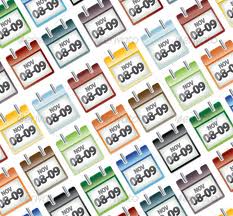 The GC first reminded that according to well-established case-law, the notion of ‘forgivable mistake’ regarding the time limits must be interpreted strictly and can only be applied in exceptional circumstances in which the institution has adopted a conduct likely to cause confusion in the mind of a person subject to trial in good faith and showing due diligence required of a person normally informed.

The Appellant had produced various documents from the OHIM demonstrating a discordance in the way of calculating the expiration of time limits. However, the Court, although recognizing that the Office had committed mistakes in its previous practice, held that the Applicant should have followed the clear rules laid down in Article 70 rather than make its own interpretation and that in any event, these past mistakes did not amount to conduct likely to cause confusion for the Appellant and the ‘forgivable mistake’ theory cannot be applied here.

Sharing on Social Media? Use the link below...
Perm-A-Link: https://www.marques.org/blogs/class46?XID=BHA2299