The judgment T-59/08 delivered by the General Court is the latest round in invalidity proceedings brought against the word trademark NIMEI LA PERLA MODERN CLASSIC registered for “Jewellery, gold articles, watches; precious metals; pearls; precious stones” in Class 14, on the basis of absolute grounds and relative grounds, namely Articles 8 (1) (b) and 8 (5) CTMR.

registered for Class 25 goods was not sufficiently similar to the contested sign for the application of Article 8 (5).

The case was reallocated to the 2nd Board which thus found the contested trademark similar to the earlier trademark but that the other criteria of Article 8(5) were not fulfilled; it dismissed the application based on absolute grounds, and still exercising the powers of the Cancellation Division, it found that there was likelihood of confusion with earlier trademark 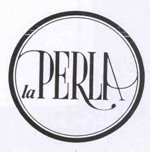 registered for similar goods in Class 14, with the exception of pearls, for which the term ‘PERLA’ lacked distinctiveness.

The invalidity applicant discontent with this outcome appealed and its claims were upheld concerning Article 8 (5). In the previous decisions, the repute of LA PERLA was found to be well-established for lingerie and swimwear and since the contested goods belonged to adjacent market segments, namely jewellery and women’s clothing, a certain degree of similarity was sufficient for the Italian public to make a connection.

Further, the GC overruled the Board’s assessment and found that the applicant had demonstrated a serious risk of taking unfair advantage of the earlier mark’s reputation, in particular since some of the products under the contested trademark consisted of women’s sweaters and bikinis decorated with pearls.

The GC dismissed OHIM’s submissions that the evidence adduced could prove a possible infringement but not a case of exploiting the reputation of the earlier trademark, especially since it emerged from press articles (where the specialized press was actually confused about the two companies) and from the own advertising of the later mark, the impression of a relationship between “NIMEI” and “LA PERLA”.

Finally, use of the later mark was not justified by the need to use the common name to indicate the material with which the jewellery had been made, and thus the claims regarding due cause were dismissed.

In the end, LA PERLA obtained the same result which had been decided by the Cancellation Division back in May 2004; the General Court found appropriate to order OHIM to bear 90% of the parties’ costs.

Sharing on Social Media? Use the link below...
Perm-A-Link: https://www.marques.org/blogs/class46?XID=BHA2145