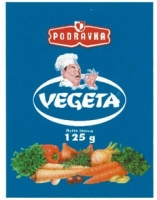 In 2005 the Polish Patent Office registered "MASTER COOK JAPART" R-164044 trade mark for Przedsiębiorstwo Produkcyjno-Handlowo-Usługowe "JAPART" Zakład Pracy Chronionej from Panki. Podravka Prehrambena Industrija from Koprivnica (Croatia), the owner of "PODRAVKA VEGETA" R-138057 trade mark gave reasoned notice of opposition to the final decision of the Patent Office on the grant of a right of protection. The PPO in its decision of 13 June 2008 case file Sp. 523/06 ruled that "PODRAVKA VEGETA" is the reputed trade mark although Podravka Prehrambena also supplied very worthless evidence materials. However, the PPO agreed with the owner that its trade mark was introduced on the Polish market in 1994 which was properly supported by documents issued on 11 October 1994 by the company's marketing department. From this date the reputation of the trade mark could have been created and the existence of a reputation is established before the date of application for the trade mark. In case of "MASTER COOK JAPART" it was before 3 April 2002. Therefore, the PPO invalidated the right of protection and Japart filed a complaint.

The Voivodeship Administrative Court in its judgment of 22 May 2009 case file VI SA/Wa 2147/08 dismissed it. The VAC came to the conclusion that Japart used a specific, multi-element composition of a reputed mark. The Court held that the likelihood of obtaining unfair advantage from the reputed trade mark is the obstacle that justifies the refusal to grant an exclusive right to sign that is identical or similar to the earlier a famous mark. It was therefore sufficient to assume that the Japart could use investments and financial efforts, which have previously been made by the owner of earlier trade mark to build an attractive image of the mark and attract customers. Japart filed a cassation complaint.

Sharing on Social Media? Use the link below...
Perm-A-Link: https://www.marques.org/blogs/class46?XID=BHA2143