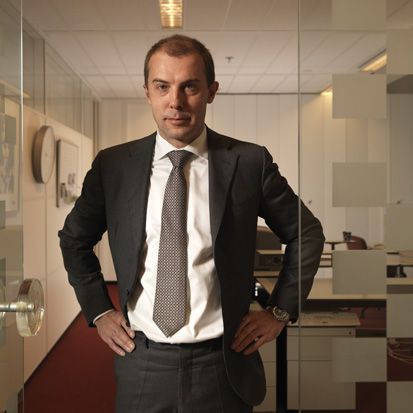 Amongst an impressive 'line-up' of eminent and learned co-speakers (Campinos, Preißner, Maier, Kur) Pieter Veeze, rapporteur of the opposition decision in the ONEL case, staff member of the Benelux Office, speeched on the subject of genuine use in view of the ONEL case at the Markenforum 2010, held in Münich on October 20-22, 2010. Veeze's speech is a good read, food for thought and now publicly available here. Speaking not in capacity, but personal and as a lawyer, Veeze holds that a clear distinction should be made between three paradigms of use in trade mark law: use required to become a mark with a reputation, use required to acquire distinctiveness and genuine use (the amount of use that justifies a mark right to keep existing). ONEL touches a subject which has not been explicitly decided by the ECJ: the territorial requirements for genuine use. Veeze considers the ratio legis of the genuine use requirement to be that the monopoly granted by a trade mark right is only justified if the mark is actually being used, at least within a reasonable period of time: competitors should not be hindered by registered 'dead wood'.

Veeze is of the opinion that the decision of the Benelux Office is correct. He stresses that the Benelux Office did not decide that use in one member state is by definition not enough. It simply stated that it is not by definition enough, given the fact that the target public for the services for which the trade mark is registered – legal services – can be found throughout the entire Community, but the trade mark has only been used in the Netherlands (representing 3,5% of the Community).

The arguments used in the ONEL decision are good ones, argues Veeze: 1. The Benelux Office is not bound by the explanation in the Joint Office (genuine use in one country constitutes genuine use in the Community), since those Statements are not legally binding, while on the other side the text of article 15 CTMR contains no indication whatsoever that ‘in the Community’ actually means ‘in one single member state’.  2. The explanation of the Joint Statements is at least ad odds with the 2nd, 3d and 6th recitals in the preamble to the CTMR. 3. The explanation of the Joint Statements contradicts with article 112 CTMR (conversion of a CTM into national marks). 4. The explanation of the Joint Statements does not match with the economic reality of the EU which has expanded to 27 member states, covering a territory of 4 million square kilometers and a population of 500 million people. 5. A monopoly that goes (much) further than the territory in which the mark is used, does form an obstacle for the free movement of goods and the freedom to provide services within the internal market. 6. It would simply be unfair if a company that only uses its mark on a local scale could block the entire EU market. It would be unfair if a locally active company would have to defend itself against another locally active company on the other side of the EU, simply because one of the parties “has chosen a coat which is much too large for him”.

Veeze is not impressed by most arguments developed against the ONEL decision. He stresses that the decision is not based on self-interest of the Benelux Office (‘I must say that I deeply regret these kind of allegations, and that I consider it rather offensive that some seem to question the integrity of both my Office and the people that work there, including myself. As a matter of principle, I feel that a public service could never have an own interest. A public service, whether it is our Office, the OHIM, or any other office, is there to serve the public. For the reasons I have already explained, I sincerely think that ONEL is the right decision. So please, let’s stick to the arguments!’).

Veeze brushes aside the argument ‘haven’t these morons at the Benelux Office read PAGO’: Pago is a decision that deals with something totally different: the scope of protection of a trade mark.

Last but not least Veeze quashes the argument that the ONEL decision would discriminate against locally active SME’s, making it impossible for them to obtain a CTM: ‘My answer to that can likewise be short: why on earth would a locally active SME want EU wide protection? The answer to that could be that the small company has growing aspirations and will perhaps eventually “grow into the coat that was initially too big”. The CTMR, in my view, offers a unique tool for that small start-up with big ambitions; he is offered five years to realise his dream (or even more, since these five years are to be counted from the date of registration). If it works out, he has no problem. If it does not work out, from a legal point of view he still has no problem; he can then simply convert his CTM into one or more national marks for the jurisdictions where he really needs protection. More important, I think this last argument must in fact be turned around; it is not the SME that wants a CTM who is being discriminated by ONEL, it is, on the contrary, the SME that does choose a means of protection that suits his needs who is being discriminated by the Joint Statement. At the Benelux Office, in the last years we have seen a rising number of oppositions that are based on one or more CTM’s. Currently, the number is 55%. I really find it rather sad to realize that in all these cases, the EU.’

At the end of his presentation Veeze uses his crystal ball and tries to predict the future: he spots an urgent need for clarity on this matter, coming either from the ECJ or the European legislator. Veeze bets on the ECJ and argues that the solution might be available already in previous case law, like Case T-79/00 Rewe-Zentral v OHIM (Lite) - ‘genuine use means that the mark must be present in a substantial part of the territory where it is protected, inter alia exercising its essential function, which is to identify the commercial origin of the goods or services, thus enabling the consumer who acquired them to repeat the experience, if it proves to be positive, or to avoid it, if it proves to be negative, on the occasion of a subsequent purchase’ - and the decision in the ANSUL case: ‘When assessing whether use of the trade mark is genuine, regard must be had to all the facts and circumstances relevant to establishing whether the commercial exploitation of the mark is real, particularly whether such use is viewed as warranted in the economic sector concerned to maintain or create a share in the market for the goods or services protected by the mark, the nature of those goods or services, the characteristics of the market and the scale and frequency of use of the mark.’

Sharing on Social Media? Use the link below...
Perm-A-Link: https://www.marques.org/blogs/class46?XID=BHA2112