Wyborowa S.A. from Poznań filed a request for invalidation of the right of protection for the word-figurative trade mark WYBORNA ŻYTNIA EXCELLENT RYE VODKA BLENDED R-172468 and word-figurative trade mark WYBORNA EXCELLENT VODKA R-172469, both applied for on 1 October 2002, for goods in Class 33 such as alcoholic beverages. The right of protection was granted to PPS Polmos S.A. Warszawa. Wyborowa S.A. argued that there is a confusing similarity to the WÓDKA WYBOROWA R-151215 trade mark and that the application of the both signs was made in bad faith. 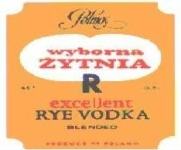 Wyborowa S.A. relied on an agreement regarding the division of trade marks that were registered for the stated owned Polmos company before socio-economic transformations that have occurred in Poland after 1989. Both WYBORNA R-64663 and WYBORNA WÓDKA R-64855 trade marks were transferred to PPS Polmos S.A. Warszawa. These trade marks received protection in the 90's, and later Wyborowa S.A. requested the PPO to decided on the lapse of the right of protection. At the first stage, the PPO dismisses the case due to the lack of legitimate interests by Wyborowa S.A. The Company filed a complaint against these decisions and the Voivodeship Administrative Court in its judgment of 12 July 2006 case file VI SA/Wa 704/06 repealed the contested decisions and ruled them unenforceable. The Adjudicative Board of the Polish Patent Office in its final decisions of 28 April 2008 case number Sp. 285/06 and Sp. 543/06 decided on the lapse of the protection.

Polmos Warszawa applied again for the right of protection for very similar labels, hence Wyborowa S.A. filed a notice of opposition (dismissed by the PPO) and the request for invalidation,

The Adjudicative Board of the Polish Patent Office in its decision of 8 October 2010 case no. Sp. 133/08 invalidated both questioned trade marks. The PPO held that the application of those trade marks was made in bad faith, which was intended to circumvent the law. This was because these signs have been applied for during the proceedings of on the lapse of the above trade marks R-64663 and R-64855.

The PPO ruled that Polmos Warszawa still wants to continue to maintain a monopoly and block other entrepreneurs to the use of the Wyborna sign. This is kind of a precedent decision, because the PPO probably for first time in its case-law considered that the re-application for similar signs to those that the registrations lapsed is contrary to the principles of merchant’s honesty, as a matter of acting in bad faith. The decision is not final yet. Posted by: Tomasz Rychlicki @ 09.01
Tags: Polish Patent Office, bad faith, legal interest, trade mark invalidation,

Sharing on Social Media? Use the link below...
Perm-A-Link: https://www.marques.org/blogs/class46?XID=BHA2095