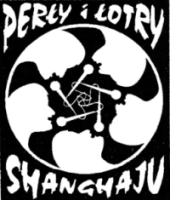 On 9 July 2005, the Polish Patent Office registered word-figurative trade mark "PERŁY I ŁOTRY SHANGHAJU" R-164275 for Grzegorz Majewski "SINONIS" from Katowice. Michał Gramatyka, Wojciech Harmansa, Adam Saczka and Sławomir Olko filed a request for the invalidation of the right of protection. They were members of the popular music band performing sea shanties called "PERŁY I ŁOTRY SHANGHAJU". These four men claimed that the band's name is a common right and therefore the registration of this name as a trademark by Grzegorz Majewski violated the rights of other band members. The applicants alleged that Majewski filed for the registration at a time when he was not an active member of the band and he also knew that "PERŁY I ŁOTRY SHANGHAJU" continues its operation, accordingly he acted in bad faith. Bad faith is also confirmed by the fact that based on the granted right of protection for the trade mark in question, Majewski demanded the cessation of business activity of the other band members. The sign in question is a word-figurative trade mark and similarities that exist may mislead the public with "PERŁY I ŁOTRY" R-194932 trade mark registered for Firma Usługowo-Handlowa HARPEL II Wojciech Harmansa. I need to mention the earlier dispute. On 7 September 2007, the Polish Patent Office granted the right of protection for word-figurative trade mark “PERŁY I ŁOTRY” R-194932 applied for by HARPEL II Wojciech Harmansa for goods in Class 16 and 35. The PPO received a request for the invalidation of the right of protection that was filed by Sinonis Grzegorz Majewski who owns “PERŁY I ŁOTRY SHANGHAJU” R-164275 trade mark registered for goods in Class 09 and 41. Majewski applied for the registration on 2 February 2001. Majewski and Harmansa were members of a music band called PERŁY I ŁOTRY SHANGHAJU, but after some misunderstandings in the band, their paths diverged. The Adjudicative Board of the Polish Patent Office in its decision of 7 April 2009, case file Sp. 211/08 invalidated the right of protection for “PERŁY I ŁOTRY” R-194932 trade mark in part in Class 35, recognizing the similarity of services.

And now, let's back to the present case. The Polish Patent Office dismissed the request and concluded that there was no reason to believe that the grant of protection to the trade mark at issue violated the personal rights of applicants if a civil court's judgment submitted during the invalidation proceedings included a statement that they are not entitled to such a personal right/interest to the band name. The applicants filed a complaint against this decision. 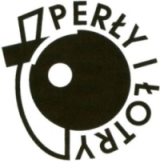 The Voivodeship Administrative Court in Warsaw in its judgment of 24 August 2010 case file VI SA/Wa 347/10 repealed the contested decision and ruled it unenforceable. The VAC held that there was a breach of procedural law. The Court held that the PPO, in fact, did not properly examine the request for invalidation. The PPO based its findings only on certain statements issued in the judgment of the Apellate Court in Katowice, and draw more far-reaching conclusions. And so, from the finding of the Appellate Court that plaintiffs have not demonstrated the fact that they are entitled to the name of the band "Perły i Łotry Szanghaju", the PPO reached a conclusion that the applicants shall have no personal or property rights, and then ruled the argument of acting in bad faith as unfounded. This jugdgment is not final. Posted by: Tomasz Rychlicki @ 10.27
Tags: Voivodeship Administrative Court. bad faith, personal rights, trade mark invalidation, band name,

Sharing on Social Media? Use the link below...
Perm-A-Link: https://www.marques.org/blogs/class46?XID=BHA2082