The Polish company INTERKOBO Sp. z o.o. filed a request for the invalidation of the right of protection for “kucyk pony” R-139097 trade mark registered for HASBRO POLAND Sp. z o.o. Kucyk means “pony” in Polish language. Interkobo argued it has the legitimate interest in the invalidation proceedings because it is a manufacturer of toys, and it offers products such as toy ponies. In addition, in the cease and desist letter dated on 24 April 2007, HASBRO called INTERKOBO to stop the infringement of the right of protection for "kucyk pony" R-139097 trade mark which consisted of using by the INTERKOBO of "Princes' s Pony" sign for designation of ponies’ toys. INTERKOBO argued also that HASBRO restricts the freedom of economic activity of its competitors, asking them to stop marketing of toys in the form of a small pony and requesting destruction of such products. By registering of the trade mark in question HASBRO had the intention of its use in isolation from the goods for which it was registered, and the intention of closing the access to the market for its competitors, the more that HASBRO as a professional market player should knew or should have known that the term “kucyk pony” as used for the toys in the form of a pony does not have any sufficient distinctiveness. INTERKOBO stressed that HASBRO Sp. z o.o. is a part of capital group operating on the global toys market, which is the position that allows it to dominate the market for local manufacturers of toys and contrary to the scope of the use made of registration to combat competition, which is contrary to the principles of the social coexistence. 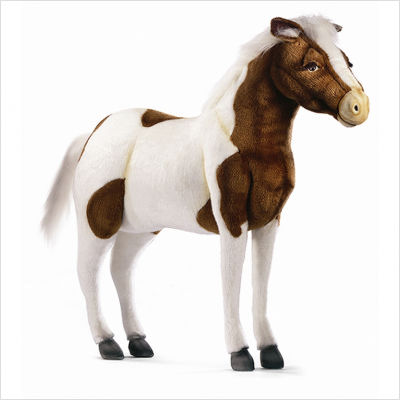 HASBRO claimed that its sign is used on the Polish market, on the packaging of "kucyk pony" toys and other materials, since 1998 and is the subject of a number of marketing activities, and the brand "kucyk pony" includes not only toys, but also videos and a monthly magazine for children. HASBRO argued that its trade mark has a strong distinctive character and can be regarded as a reputable one, in relation to the goods it designates it has the so-called primary distinctive character.

The Polish Patent Office dismissed the request. INTERKOBO filed a complaint against PPO’s decision. The Voivodeship Administrative Court in Warsaw in its judgment of 24 June 2010 case file VI SA/Wa 203/10 affirmed this decision and dismissed the case. The VAC held that the trade mark in question is is a fanciful sign and has the primary distinctive character. It is not a generic name of any of the listed goods, and it does not inform about their properties. A pony (in Polish: kucyk) is the generic name of the horse species while it is not the name of the goods protected by the trade mark, which goods do not have any direct connection with any species of horses. Posted by: Tomasz Rychlicki @ 13.41
Tags: Voivodeship Administrative Court, distinctive character, generic sign, genuine use, knock-offs, legal interest, look-alikes, slavish imitation, trade mark invalidation,

Sharing on Social Media? Use the link below...
Perm-A-Link: https://www.marques.org/blogs/class46?XID=BHA2050