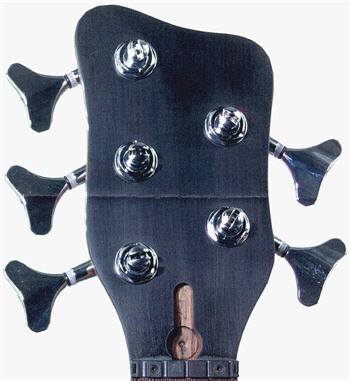 In a decision of today, the General Court, confirming both the examiner and the 4th Board of Appeal, denied trade mark protection for the depicted image (not a 3D mark) of a guitar head for goods including musical instruments, guitars, loudspeakers and amplifiers.

Applying standard case law, the Court concluded that the sign depicted a common guitar head that was not perceived as an indication of origin by the relevant public (taking as irrelevant the possibility that some guitar fans may be able to recognize the manufacturer of a guitar based on the head's shape). The argument that the sign only depicted a part of a guitar was deemd irrelevant, because it was not a sign wholly distinct from the product (such as a word mark). Amplifiers and loudspeakers were necessary complements to electric guitars and as such encompassed by the absolute ground for refusal.

Acquired distinctiveness was not claimed.

For a similar decision by the Swiss authorities (concerning, however, a true 3D mark), see here (German summary).

Sharing on Social Media? Use the link below...
Perm-A-Link: https://www.marques.org/blogs/class46?XID=BHA1995