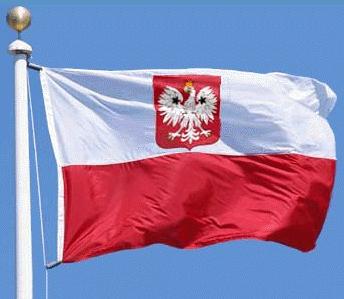 The submission of the Polish Ministry of Economics to the Ministry of Justice in Case C-495/09 Nokia Corporation v Her Majesty’s Commissioners of Revenue & Customs -- the controversial reference to the Court of Justice on whether it is lawful to detain counterfeit goods in transit through the European Union -- has now been filed. In short, the Polish submission runs like this:

Responding to the request of the MARQUES Amicus Curiae Committee), the government of Poland gives an affirmative answer to the referred question, as asked by MARQUES in the Comments of the Amicus Curiae Committee. The government of Poland has expressed its position that an interpretation of the term “counterfeit goods” that would impose on customs authorities a requirement to determine whether an intellectual property right has been infringed prior to undertaking any actions is contrary to the purpose of the Council Regulation 1383/2003. In Poland’s opinion, the primary purpose of this Regulation is the efficient prevention of IPR violations.

In this regard Poland refers most importantly to the 3rd and 5th Recitals of the Preamble to the Council Regulation 1383/2003:

“(3) In cases where counterfeit goods, pirated goods and, more generally, goods infringing an intellectual property right originate in or come from third countries, their introduction into the Community customs territory, including their transhipment, release for free circulation in the Community, placing under a suspensive procedure and placing in a free zone or warehouse, should be prohibited and a procedure set up to enable the customs authorities to enforce this prohibition as effectively as possible.”

“(5) Action by the customs authorities should involve, for the period necessary to determine whether suspect goods are indeed counterfeit goods, pirated goods or goods infringing certain intellectual property rights, suspending release for free circulation, export and re-export or, in the case of goods placed under a suspensive procedure, placed in a free zone or a free warehouse, in the process of being re-exported with notification, introduced into the customs territory or leaving that territory, detaining those goods.”

With regard to these Recitals, a literal and functional interpretation of the Regulation enables custom authorities to detain the goods in transit from a third country to another third country through the territory of a Member State -- when such goods are suspected of being counterfeit or infringing intellectual property rights.

The Polish submission emphasised that the purpose of the Regulation is the protection of IPR and the implementation of such protection by the customs authorities. It referred to the decisions of the Court of Justice in Case C-281/05 Montex v Diesel and Case C-405/03 Class International and stated that, although transit procedures cannot per se infringe the holder’s rights, such a statement may not necessary lead to a conclusion that customs authorities cannot undertake actions consistent with the provisions of the Regulation and detain those good for a further review. Any other interpretation of Article 2(1)(a) of the Regulation would substantially impede the activity of customs authorities and reduce the efficiency of customs in the EU, as those authorities would in some cases have to determine on their own initiative that an infringement has occurred, before taking any action and seizing the products.

Poland stressed that customs authorities do not have the competence to establish that a trade mark holder’s right have been infringed at the moment of seizure, but only the competence to take preventive actions against such possible infringement by detaining them for a court procedure. Thus a well-founded suspicion that the goods may infringe the holder’s rights is sufficient to detain such goods. Whether a detention of allegedly counterfeit and pirated goods is justified should be established by a proper court under proper judicial review procedure after seizure. The legal arguments of Poland are consistent with the MARQUES Opinion filed with the Ministry of Economics in February 2010.

Sharing on Social Media? Use the link below...
Perm-A-Link: https://www.marques.org/blogs/class46?XID=BHA1832