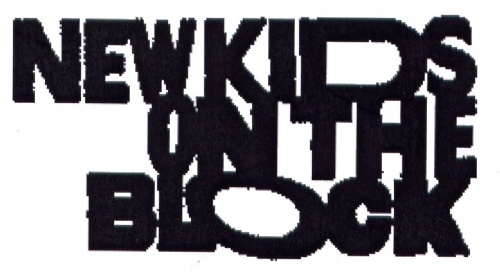 The latest issue of OHIM's Alicante News reports an interesting case decided by the Cancellation Division on the abusiveness of a trade mark registration. The facts, were roughly summarized, were as follows:

"New Kids on the Block" was formed in 1984 and produced five albums selling over 30m records up until 1991. The following year, Big Step Productions, which had dealt with the band's commercial affairs, including IP protection since formation, terminated its contract with the band. The termination allowed for a continuation of the recording and merchandising licenses set up by Big Step, and also included an assignment to the individual band members of all of Big Step's rights in and to the band's name and logo, including trade mark and copyright rights [niiiiiiiice].

The heirs of  minority shareholder of Big Step filed a CTM application for NEW KIDS ON THE BLOCK. The original band members sued for cancellation.

Considering the question of bad faith, OHIM's Cancellation Division found that in view of the very clear and unambiguous textual content of the termination contract with Big Step and the obvious economic interests in the band name “New Kids on the Block” at the time when the CTM proprietor filed the application for the contested mark, the there was no doubt that the applicants had shown their entitlement to invoke Article 52(1)(b) CTMR (which reads: A Community trade mark shall also be declared invalid on application to the Office or on the basis of a counterclaim in infringement proceedings where the use of such trade mark may be prohibited pursuant to another earlier right, and in particular: [...] (b) a right of personal portrayal;).

The Cancellation Division said: “Finally, the commercial success in the late 1980s and early 1990s of the band New Kids on the Block, with more than 30 million records sold was a phenomenon out of the ordinary. It is obvious in view of the evidence presented above that the band name still contained, at the time of filing of the application for registration, a considerable economic potential which, however, belonged to the five band members.

“In conclusion, the CTM proprietor, through its knowledge of the music industry, the public recognisance of the band name ‘New Kids on the Block' and in particular in view of the termination agreement with its license revenues, of which it was still a receiver, and in spite of the inactivity of the band, including the lapsing of the trade mark registrations, must have realised that there were still valid intellectual property rights connected to the band's name and that these rights lay with the individual band members. In line with the finding of the European Court of Justice in Goldhase, the CTM proprietor's sole aim in taking advantage of the rights conferred by the CTM constitute an unfair act in relation to the applicants and the legal protection still valid for the mark 'New Kids on the Block‘. There are no aspects of the case which indicate a legitimate objective of the CTM proprietor in this respect. Hence, the filing of the application for registration of the word mark ‘New Kids on the Block‘ by the CTM proprietor therefore amounts to bad faith in the sense of Article 52(1)(b) CTMR. The mark is revoked in its entirety.”

Sharing on Social Media? Use the link below...
Perm-A-Link: https://www.marques.org/blogs/class46?XID=BHA1795